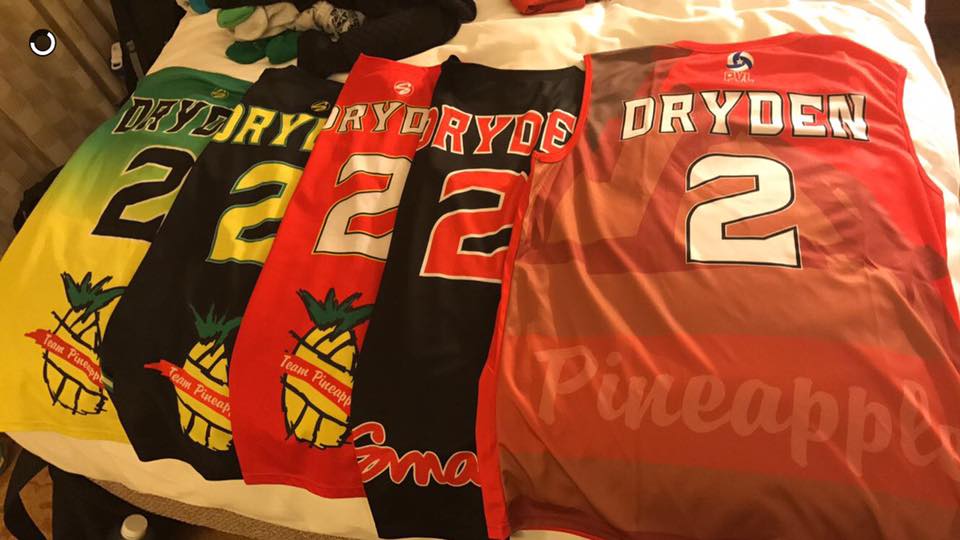 Champine was recently inducted as a part of her team into her high school Hall of Fame, where her jersey is retired. But coming out of high school, she wasn’t sure she wanted to play anymore. “My high school coach didn’t believe in me at all,” she says. “She told me I wasn’t going to play in college.”

She decided not to pursue college until she was suddenly approached with a full ride from Owens. “[It was the] best decision of my life – my love and passion for the sport just took off. I wanted to play every day, as much as I could and I started getting better and better.”

Champine went on to be an All-American for 2 years at Owens, and an All-American another 2 years at Austin Peay – a Division 1 college in Tennessee – and is a testament to how successful you can be in volleyball at any age. “I was a late bloomer. I was super lucky to have awesome college coaches who knew how to push me in the way I needed to be pushed. I wouldn’t have gotten anywhere in volleyball without them,” she says. “I also wouldn’t have met my better half!”

Shaun Dryden decided to give volleyball a try in grade 9, and ended up dropping every other sport the next year to focus on volleyball. “I kept improving and my love for the game grew at the same time. I have not looked back since,” he says.

After his time at LA Pierce College and IPFW (Indiana Purdue Fort Wayne), he joined one of the top PVL teams, Team Pineapple, started by former National Team setter and Olympian Lloy Ball. “We have been competing in the top tournaments in the USAV Open Championships, and won the 2015 and 2016 Championships back to back.”

In 2017, Team Pineapple lost to the California Blizzard’s who picked up Premier League athlete Ray Szeto. “I hate to lose period,” Dryden says, “Any loss that I have sticks with me, and I try to learn from it so the mistakes don’t happen again.”

Stephanie and Shaun were introduced at the Doble (PVL touranment in Michigan that Canadian’s frequent every year), in 2015 but had more time to get to know each other at the USAV National Championships later that year. “He continued to keep in touch with me even though he was living two hours away,” Champine says. “We made plans to hang out a few weeks later and the rest is history!”

You can catch this All-American couple at the first Challenger Series event presented by Neighbor – Saturday, October 21st, 2017 at the Scarborough Pan Am Centre.