Malin Lindgren – From Sweden to Canada — ONE VOLLEYBALL 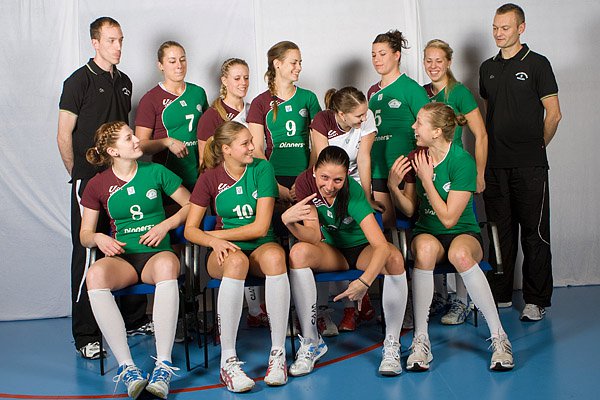 Malin Lindgren started playing volleyball at the age of 6 for Svedala Volleyball Club, which was founded by her mother. Growing up in Europe, she saw a completely different sport environment that we have in Canada. “Sports look a little different as it is typically not offered in school, but done through a club system.” Lindgren says. “I guess [that is] the biggest difference between Volleyball in Europe vs. Canada.”

There is ample opportunity for anyone in any part of Swedish society to play a sport and it is heavily supported making it free, or for a very small fee – so everyone can play. “Youth Sports in Sweden is generally subsidized in some ways by the government, making it affordable for everyone to play for a club,” she typically says.

She quickly fell in love with volleyball for both the team aspect and the strong mental game one requires to be successful, and she was really good. “I started with the Junior National Team at the age of 13 and from there I was one of ten players accepted to our National Sports Academy High School,” she says. All dreams come with sacrifice, and for Malin it meant leaving home at the age of 15 to pursue Volleyball.

The Junior National Team exposed her to an array of high quality players on an International scale. “We played in the Swedish Pro League from September to April/May, in addition to traveling Europe for the Nordic Championships, European and World Cup Qualifiers and 8 National Tournaments,” she says. At only the age of 17, she played her first game with the Senior National Team and played until she was 24, when she suffered an injury that ended her career. “I slipped while sprinting up to the net and sustained a fracture and cartilage injury in my foot. I didn’t think it was too bad at first and played on it for two months before I realized that it wouldn’t go away on it’s own and I needed surgery.”

Needing a change in pace, she looked outside of Sweden for new challenges and opportunities, and landed on Toronto. Though she has played in other local leagues since her arrival in the 6ix, this will be her first tournament with ONE Volleyball and she states this type of program is missing from Canadian Volleyball. “I think it’s sad that for most players there is no where to go after high school or university unless you are lucky enough to get a Professional contract in another country. In Europe there are several Professional or Semi-Professional Leagues at different levels, which means you can continue your volleyball career at a fairly high, fairly competitive level for really as long as you want or are able to.”