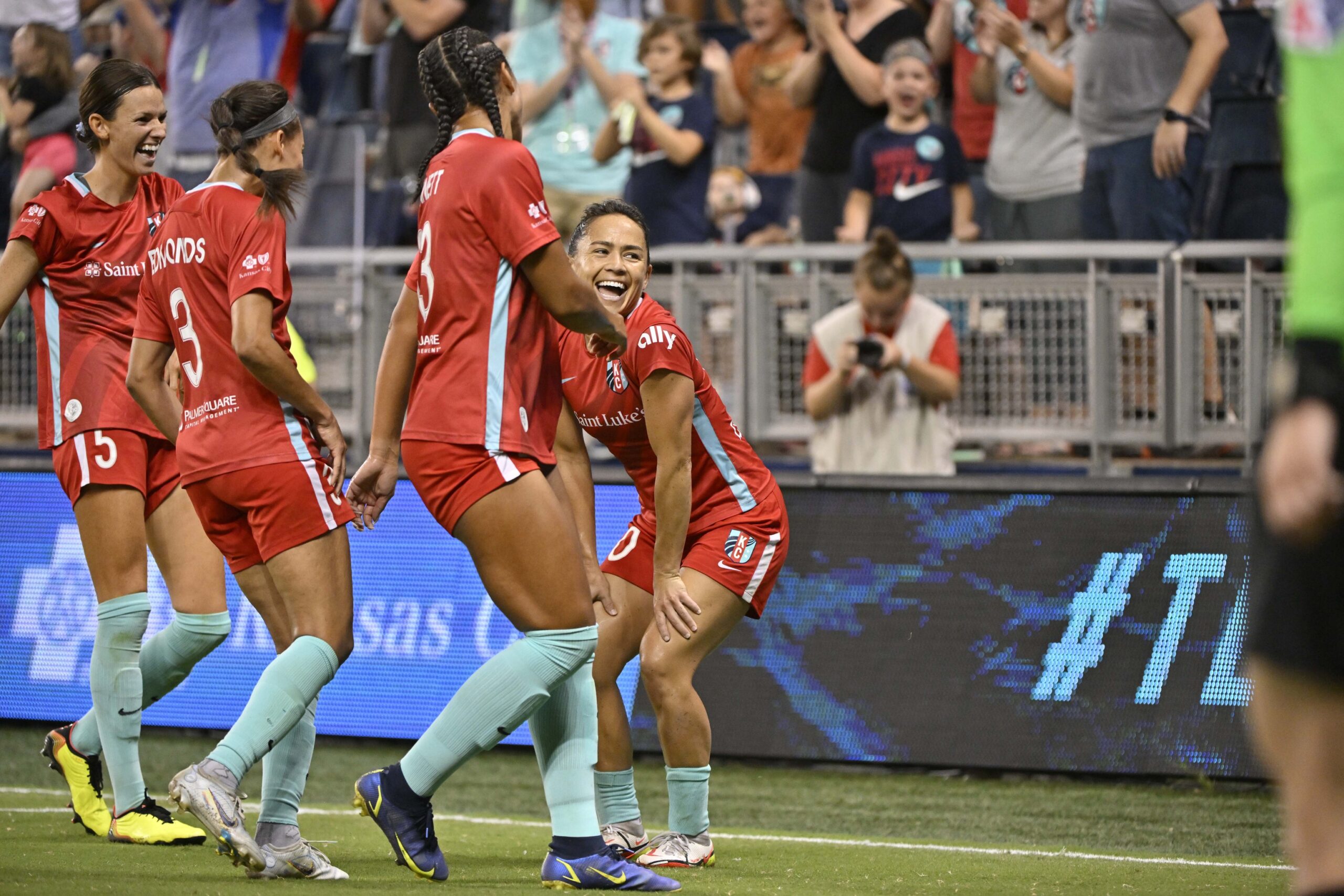 Another weekend of National Women’s Soccer League results are in the bag, and there are more interesting stats that might be overlooked. That’s why we are here! Let’s take a look at the data behind the league’s major narratives.

This one is pretty self-explanatory: with Lo’eau LaBonta’s penalty-kick goal (and fabulous celebration), the Current salvaged a point against Angel City with eight minutes to go in the match. With it, Matt Potter’s team has won seven points from losing positions during the current NWSL regular season, helping to extend their unbeaten run to 11 matches.

Those seven points are the second best in the league for getting points after falling behind in a match. The best in this respect are the Houston Dash, with 10 points.

Conversely, NJ/NY Gotham FC have not come from behind in any of their matches in the 2022 season.

Megan Reid, the leader in clearances

Staying in the same game, Megan Reid was vital for Angel City: Kansas City was the dominant force in this match, shooting 16 times (and putting eight on target). In this game, the center back made 11 clearances, a personal record in the league, taking her overall tally in the current season to 97, which is a league high. That is 10 more than Houston’s Katie Naughton (87) and 27 more than the Washington Spirit’s Sam Staab.

Reid’s previous highest number of clearances during an NWSL game was against Racing Louisville, in June, where she executed nine. Against Kansas City, she completed a great overall performance with seven recoveries and 100% efficiency in duels.

If we take into account all the goals scored after the 65th minute in the NWSL this season, both San Diego Wave FC and Portland Thorns FC are the leaders in this regard, after the team led by Casey Stoney added two more during this stage against Houston. .

However, Portland has played two fewer games than San Diego and, within the same timeframe of the last 25 minutes of regular time, the Wave have conceded only four times, while the Thorns have suffered seven goals.

In fact, San Diego has scored eight goals after the 80th minute, a league-leading value in this regard, with Sofía Jakobsson adding one more in the 90th minute against Houston.

Amid all the ongoing turmoil for the Orlando Pride, at least the win against Gotham away from home should bring some silver lining and blocks to build upon. But beyond that, there’s another record to look at: Megan Montefusco made 71 accurate passes in that game, which is the highest number since August 2017, when Ali Krieger had 90 – which incidentally is Pride’s overall record. Since then, the closest we got to that was in October of last year, when Phoebe McClernon (now a member of OL Reign) had 69 against the Chicago Red Stars.

With this, Montefusco grabs the fourth-highest position in accurate passes during a NWSL game since 2016 – when this started to be recorded – for Orlando Pride, behind the one mentioned by Krieger, Toni Pressley with 78 against Sky Blue in 2017, Monica with 72 against Houston in 2016 and Alanna Kennedy with 73 in 2017, against Sky Blue. I see a pattern.

With her assist of Diana Ordoñez’s goal, Carson Pickett has become, alongside Sofía Huerta, the top assist supplier in the last two years – or since the regular season resumed since the COVID-19 outbreak.

Both the North Carolina Courage and the OL Reign player have nine assists on top of this table, but what is perhaps more incredible is that Trinity Rodman sits third, with eight.

When it comes to set-play assists in the same time frame, Pickett is above anyone else, with six, followed by Kristie Mewis, who has four.