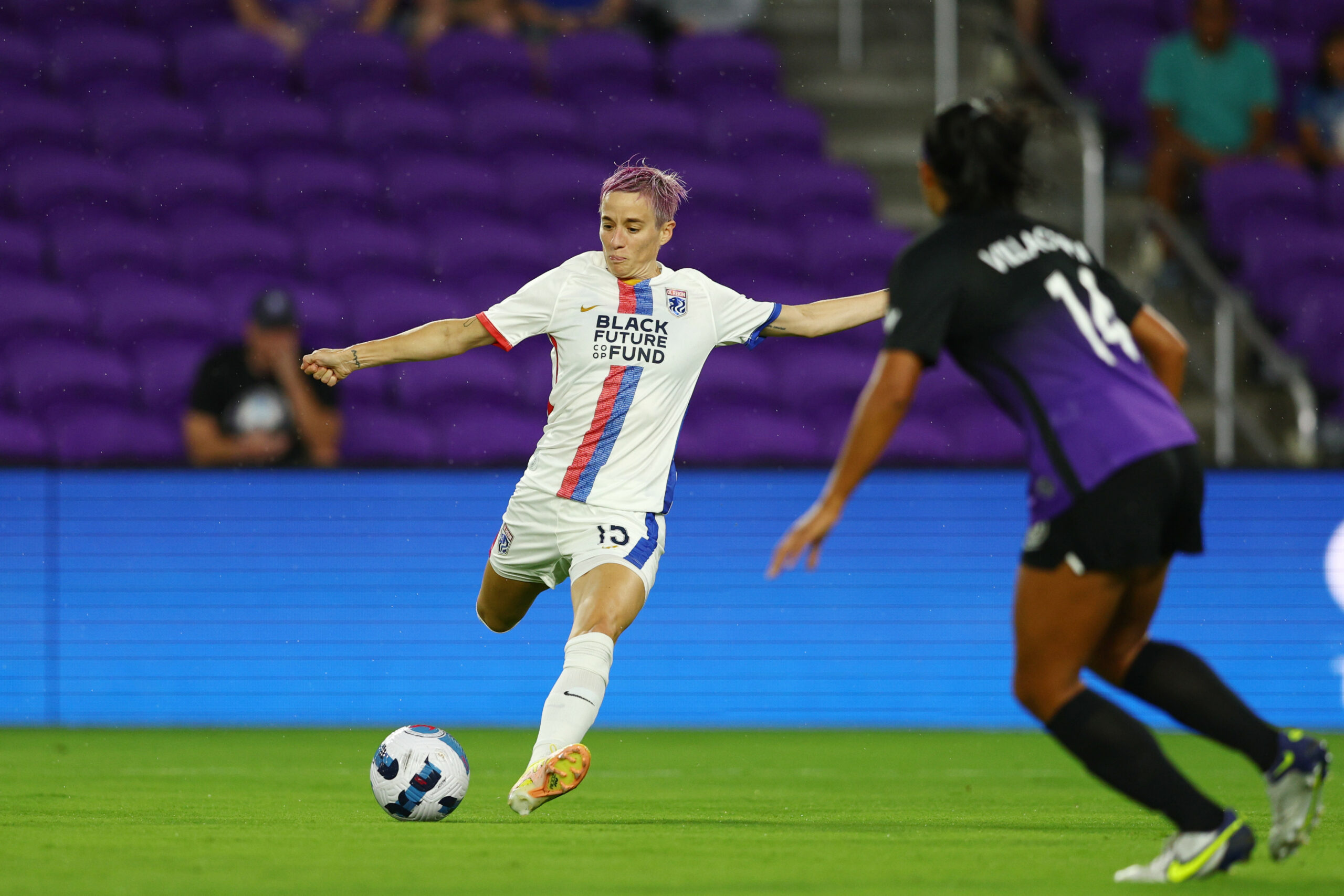 As another weekend of National Women’s Soccer League action has passed and the hunt for the 2022 NWSL Playoffs is heating up. Here are five interesting stats that might have been overlooked during the matches but give more context to the results from the past few days.

1. Megan Rapinoe is the second player in the history of the league to score more than one winning goal after the 90th minute.

With her goal 88 seconds after the 90th minute mark against Orlando Pride, giving three points on a comeback win to OL Reign, Megan Rapinoe became the second player to be able to score the winning goal twice after the end of regulation. The previous time she did this was against Gotham in August 2021, at 90:31.

Rapinoe shares this historic mark with Jennifer Hoy, who did it for Sky Blue, playing against Utah Royals, in July 2019 (91.18) and for Chicago Red Stars against FC Kansas City in August 2013 (92.00). She’s the only one that achieved this as a substitute at least on one of these occasions, in the Royals vs. Sky Blue game.

2. Alex Morgan is the third player to have more than 10 games with at least one goal and one assist

Alex Morgan is firing on all cylinders in 2022 with San Diego Wave, being instrumental in their win against Portland Thorns with one assist and one goal during the first half to settle the score.

With this, she joins a short list of players that achieved this in more than 10 games in the NWSL, counting only the regular season and playoffs. This game was the 11th she was able to score and provide to a teammate, while the other two players are Lynn Williams, with 12, and current Chelsea forward Sam Kerr with 16. Two OL Reign players could soon join this list, with Jess Fishlock at 10 and Rapinoe with nine.

3. Mallory Pugh is the fifth player to score and assist twice each in an NWSL game

The US women’s national team forward scored twice and assisted the other two times in the Chicago Red Stars win against Racing Louisville. With this, she becomes the fifth player to get a brace of goals and assists in the same game in the NWSL.

The last time a player achieved this was in 2017, when Marta did it for Orlando Pride against Houston Dash. The other three players who earned this feat were in 2014: Vero Boquete against FC Kansas City, Kim Little against Houston Dash and Kelley O’Hara against the Washington Spirit.

4. Kansas City Current has the third longest run without defeats in NWSL history

The Current are on a groove right now, and the streaks make it clear: they have the current (pun not intended) longest run without losses and scoring (12 matches for both), which represents the third longest in league history when it comes to undefeated streaks. This matches Portland in 2016 and is only behind North Carolina Courage (2018-19 with 15) and now OL Reign in 2014 with 16.

Kansas City has enjoyed a big turnaround since the beginning of this franchise. However, how far they could go is a fair question. But so far, they seem impossible to stop.

5. Gotham has the worst shot accuracy in the league

We can’t say Gotham doesn’t try to shoot. In fact, the 22 attempts against Angel City are a season-high for the NJ-NY team. However, where they have to improve is in their accuracy: only five were between the posts, meaning a languid 22% were accurate. With this in mind, Gotham has, overall during 2022, 30% accuracy when it comes to their shots. That’s a league-worst so far.

However, they are followed closely by Racing Louisville with 31.9% and their latest rivals, Angel City, with 34.4%. The best team in this ranking is Kansas City Current, with 42.6%.