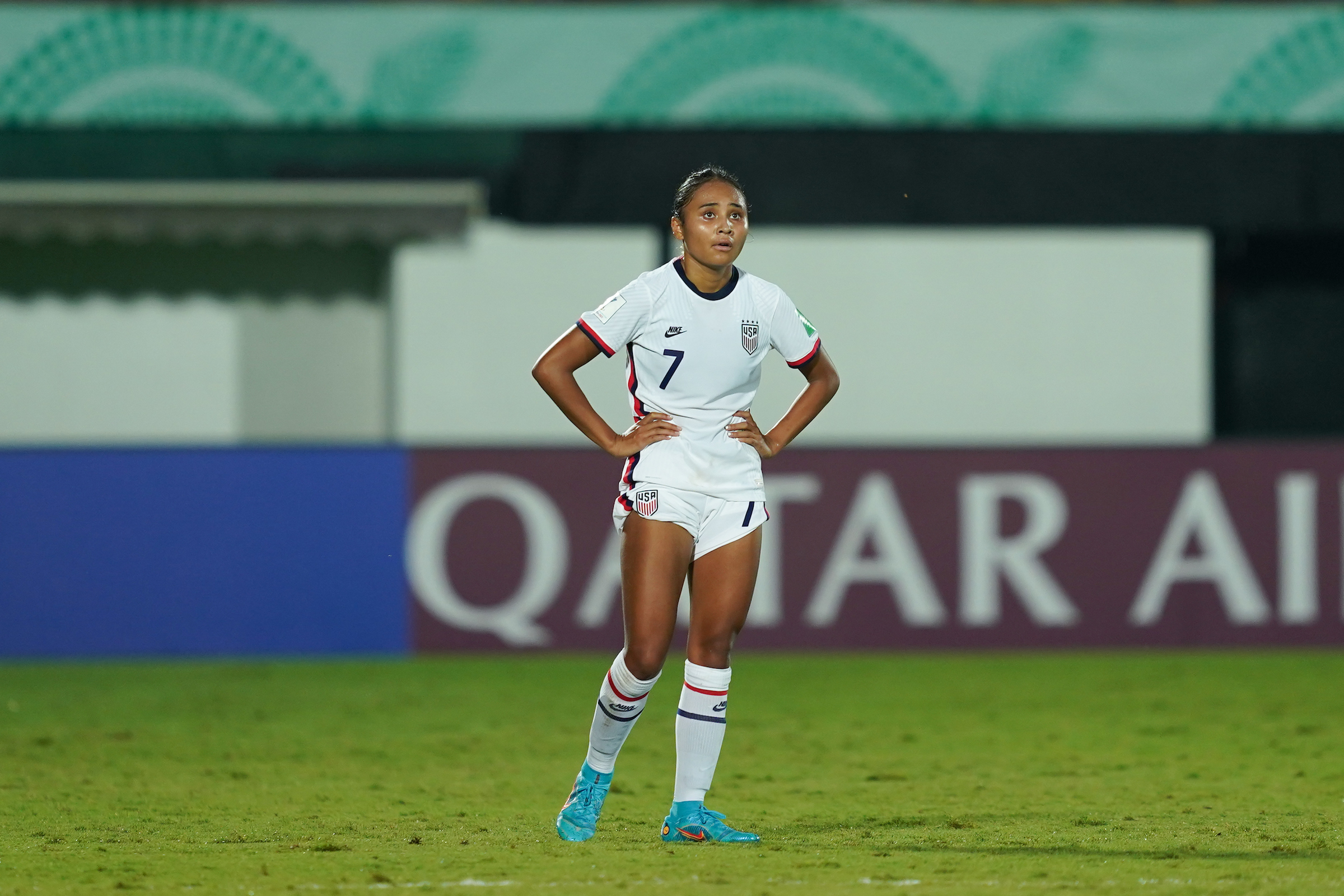 Seventeen-year-old forward Alyssa Thompson earned her first senior call-up for the United States women’s national team, making the 24-player roster that will travel to face England on Oct. 7 and Spain on Oct. 11.

Thompson, a senior in high school, is the youngest player called up for a full national team camp since 16-year-old Sophia Smith joined the team in April 2017 for a training camp in Texas ahead of matches against Russia. Thompson played for the US at the U-20 World Cup in August and plays for a U-17 boys team in MLS NEXT. She and her younger sister, Gisele, are both Stanford University commits.

Forward Alex Morgan, who has scored 119 goals in 198 caps, was ruled out of the trip due to a knee injury. She missed San Diego Wave FC’s match in Orlando on Saturday and her status remains questionable ahead of the expansion team’s playoff run.

Crystal Dunn is back on the full roster for the first time since giving birth in May. Dunn joined the team for training and evaluation in early September but was not available for games against Nigeria. She has since returned to the field for Portland Thorns FC — playing as a midfielder and forward — and could play against England and Spain. Dunn, who is listed as a defender on the US roster and was the starting left back during the team’s 2019 World Cup triumph, last played for the US in September 2021.

Defender Hailie Mace and midfielder Savannah DeMelo are also back with the team after serving as late injury replacements in the September camp.

The US’ games against England and Spain fall in the FIFA international window between the National Women’s Soccer League’s regular season — which ends this weekend — and the start of the playoffs on Oct. 16. The game against England will take place in front of a sellout crowd at Wembley Stadium in London, where the US won the 2012 Olympic gold medal. The game against Spain, which is in the middle of a tumultuous fight between players and federation over the status of head coach Jorge Vildawill take place in Pamplona.

“These are big tests for our team in front of crowds cheering against us and after a long journey, but our players absolutely love games like these,” US head coach Vlatko Andonovski said. “The group we are bringing to Europe includes players who have a lot of experience against top European teams and some who don’t, so these games are even more critical for our growth as our team. Our whole squad needs to get a clear picture of what these games are like as we continue to prepare for the World Cup.”

US roster by position (club)