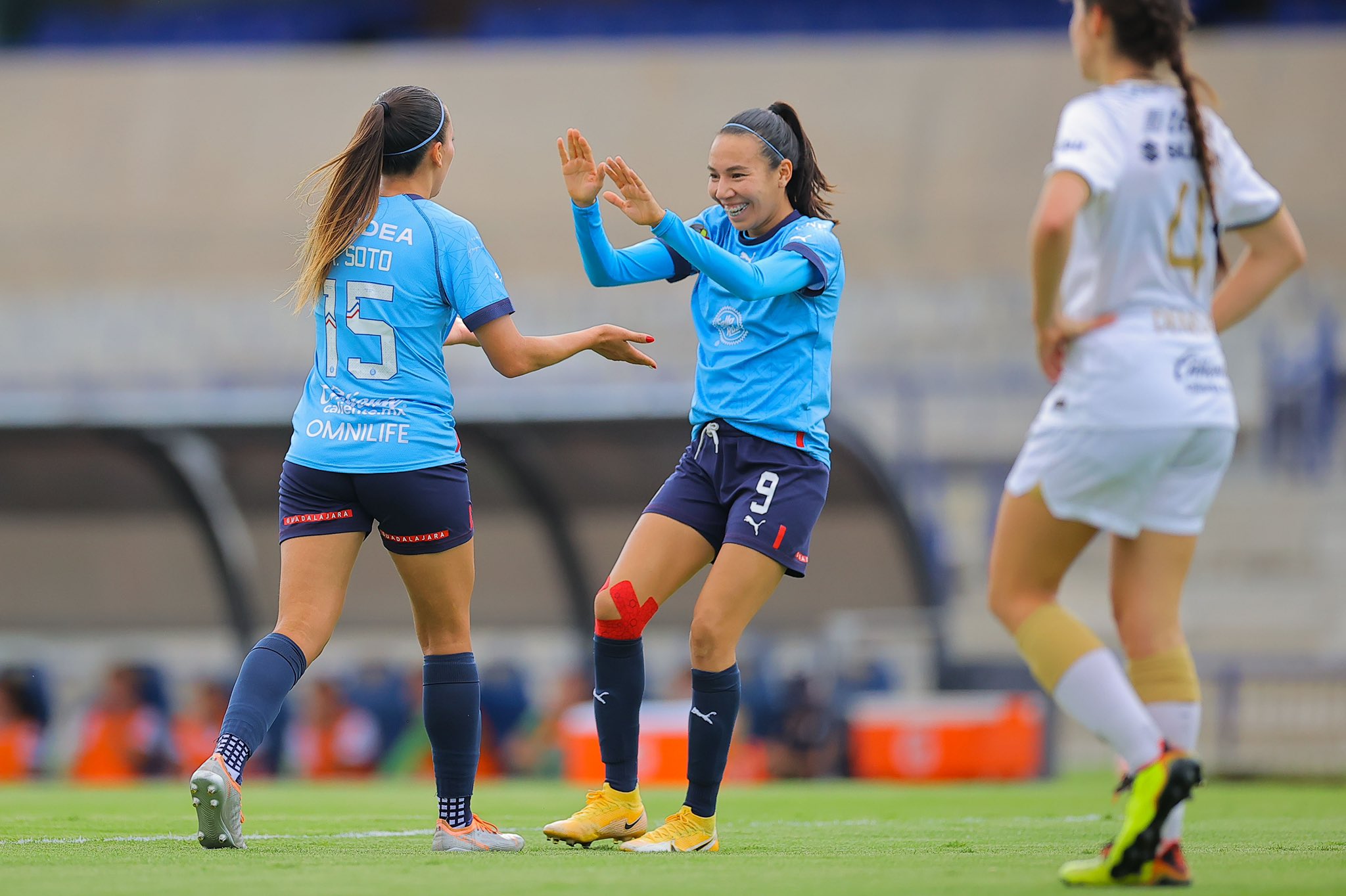 Three teams are officially in the Liga MX Femenil Liguilla after Week 13 wins.

It should come as no surprise to see teams like Chivas de Guadalajara, CF Monterrey and Tigres punch their tickets to the Liguilla, otherwise known as the playoffs. Monterrey punched their ticket first with a Thursday night win over Cruz Azul — who are struggling to find points amid a late playoff push.

On Friday night, Chivas and Tigres claimed their spots, with Chivas still leading in the standings with 36 points. Chivas took down UNAM Pumas for their official playoff spot and Tigres secured their spot with a 3-0 win over FC Juárez.

Mia Fishel scored two goals to propel herself past three players in the Golden Boot standings. Heading into Friday night’s “futbol” action, Fishel was tied for second-most goals in the league, along with Renae Cuéllar and Angelina Hix (both of Club Tijuana), with 10 tallies. Her 12 goals now puts her, narrowly, ahead of the now three-way tie for second most goals, as Christina Burkenroad of Monterrey, Kiana Palacios of Club América and Charlyn Corral of Pachuca all sit on 11.

Fishel’s first goal came in the 17th minute, off a corner kick. Fishel was sandwiched between defender Julitha Singano and midfielder Blanca Solís, and managed to leap up and push her header past Juárez goalkeeper Stefani Jiménez. Her second goal, in the 50th minute, slowly skipped into the netting after being slipped the ball by Nigerian international Uchenna Kanu.

Monterrey earned their playoff spot with a 1-0 victory over Cruz Azul. Burkenroad scored the lone goal in the 29th minute after a cheeky back heel pass to her, inside the box, from a sprinting Yamile Franco. Monterrey sits in second place with 32 points, just one point, and spot, above Tigres.

Finally, Chivas claimed their place in the Liguilla. The reigning Clausura champions, Chivas earned a 2-1 victory, on the road, against Pumas, who dropped down to ninth place with the loss. Pumas did take the early lead, though, with a curling free kick strike from Gabriela Juarez in the 6th minute. However, Kristal Soto tied it up, in the 38th minute, after dancing in the box with defenders and getting a shot past goalkeeper Melany Villeda. Finally, it was Gaby Valenzuela who scored the game-winner in the 78th minute after Pumas failed to clear the ball from their attacking half.

Tigres goes on the road to Toluca in Week 14, while Monterrey hosts Pumas and Chivas faces Club León.

*Puebla vs. Club León to be played on October 20.