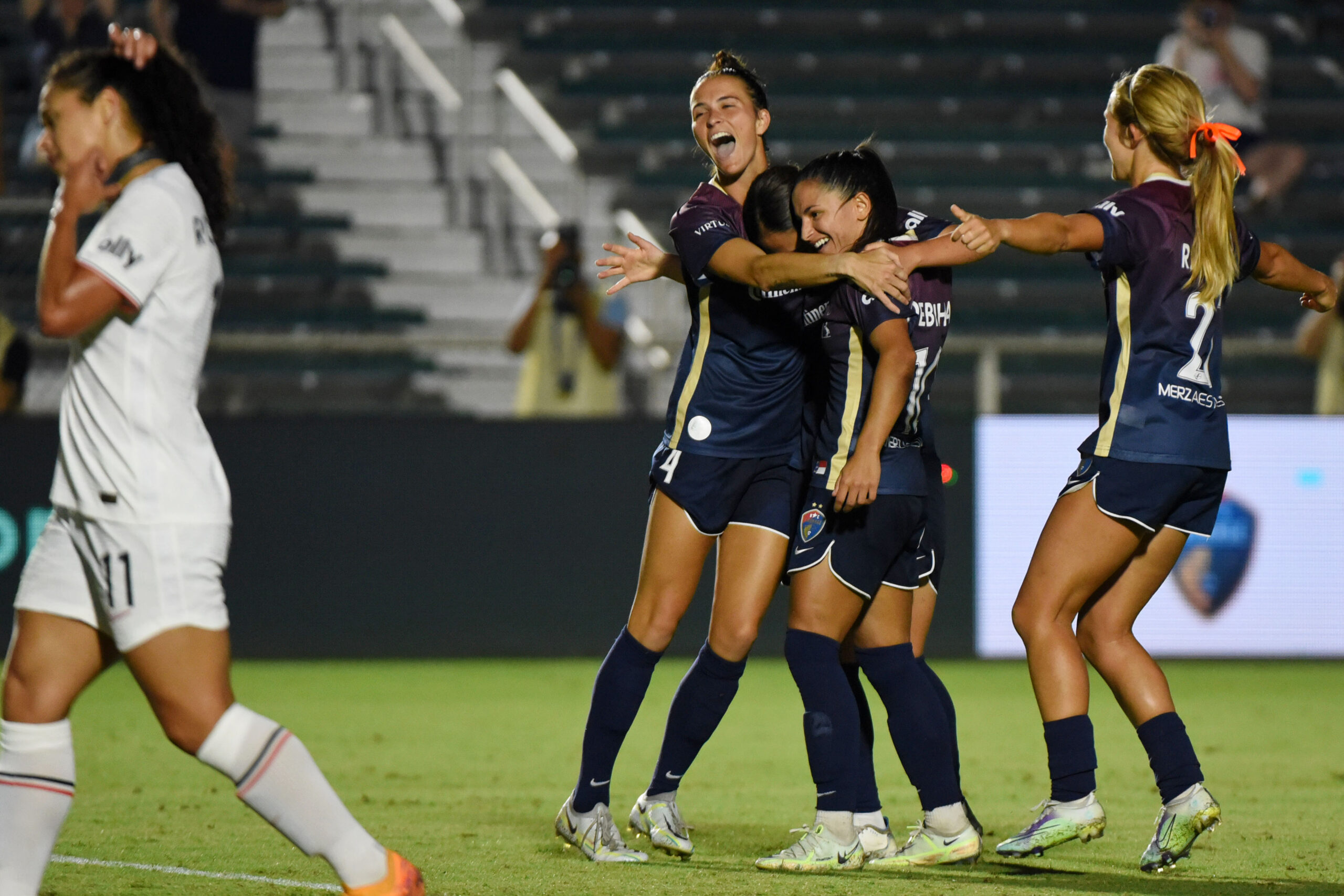 The Skinny: The North Carolina Courage scored early and often in their Wednesday night match against the Portland Thorns, notching their second straight win and ending the Thorns’ 11-game unbeaten streak.

One Key Moment: Meredith Speck’s goal in the 83rd minute extended the Courage’s lead over the Thorns and enabled them to calmly take home the win. The Courage led the Thorns 2-0 until the 63rd minute, when Rocky Rodriguez got the Thorns on the board with a header; instead of falling to second half pressure, however, the Courage elevated their lead to stay on top.

Inside the Game: It’s been a weird season for North Carolina, and not in a good way. The Courage won the 2022 Challenge Cup but also, last Saturday, won their first regular season game since June. The Courage have scored the third-most goals in the NWSL this regular season, but have also conceded the third-most. Clearly, North Carolina has suffered through a season of confusion and disappointment.

The Portland Thorns, however, have written a different story this season. They entered Wednesday night’s match at the top of the standings, riding an 11-game unbeaten streak, and striker Sophia Smith stands in second place in the Golden Boot race. But North Carolina’s recent trouncing of Chicago begged the question – have the Courage had a breakthrough?

Wednesday night’s results suggest that the answer is yes. The match between the Courage and the Thorns was intense from the start, with speedy forwards on both sides making 50-yard dashes to challenge opposing keepers. North Carolina first got on the board in the 24th minute with a goal from Diana Ordoñez – who sits in third place behind Smith in the Golden Boot race – and expanded their lead to 2-0 in the 50th minute with a shot from Debinha. When Portland responded with a header from Rocky Rodriguez in the 63rd to bring the score to 2-1, North Carolina did not concede, as they often do in the second half; rather, Meredith Speck ensured the Courage’s lead with a goal in the 83rd, and North Carolina took home the win with a final score of 3-1.

With back-to-back wins, North Carolina has steadily climbed back up the NWSL standings and now sits in ninth place. The Thorns still remain on top, however, and are all but guaranteed a playoff spot. The playoffs have seemed out-of-the-question for the Courage all season, and North Carolina has some work to do if they want to fight their way into the postseason. But for the first time in a long time, a Courage appearance in the 2022 playoffs does not seem impossible.