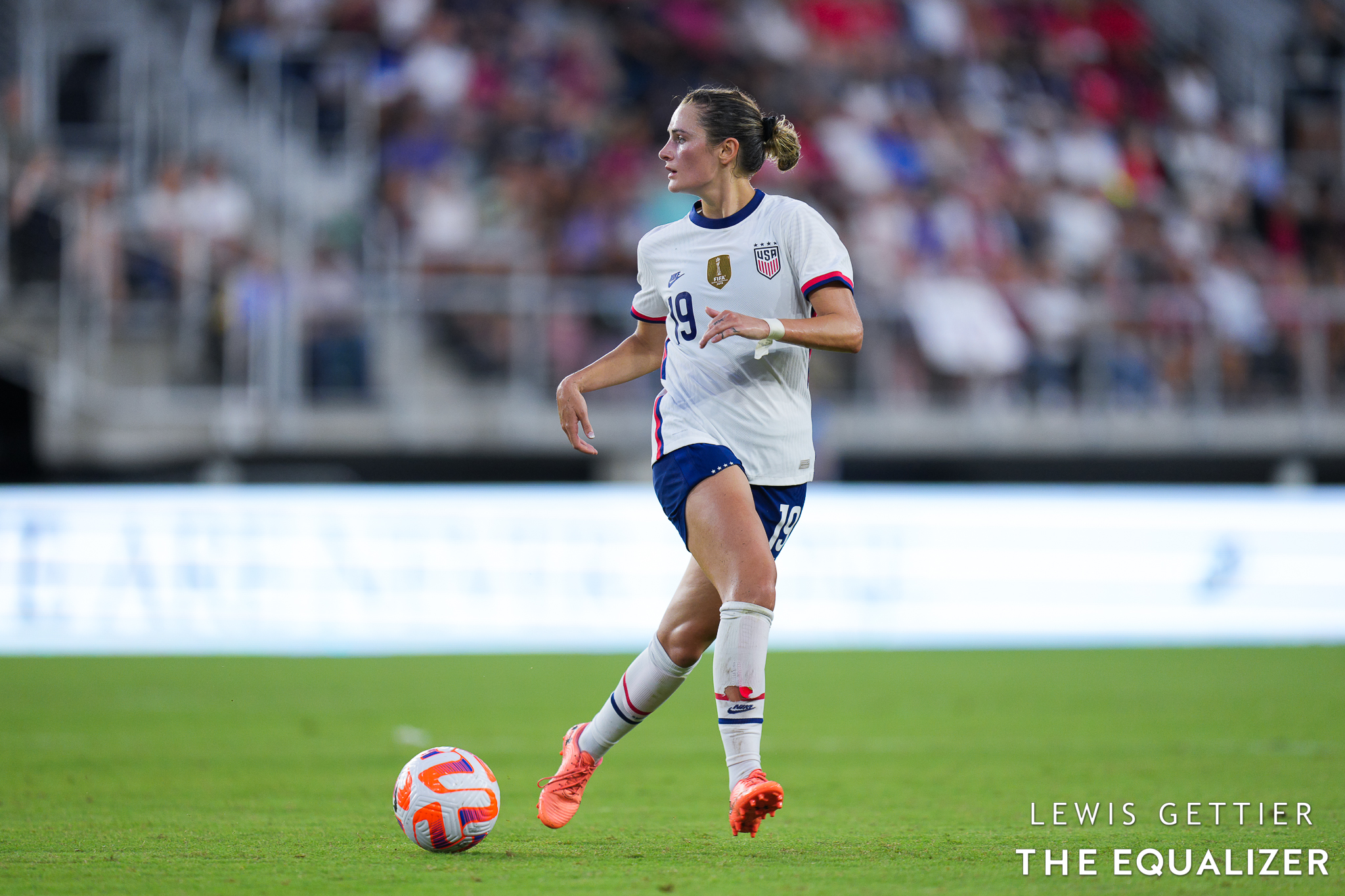 It is October 2021 and Emily Fox just wrapped up her breakout rookie year in the National Women’s Soccer League with Racing Louisville FC. Fox increasingly looks like she will assume a starting role on the United States women’s national team.

Fox’s view of her progress, however, is surprising.

“In terms of confidence and kind of owning it, I always try to ‘fake it till you make it,'” she says with a light laugh. “So, if you act confident, if you act like you belong there, your body kind of emulates that. And so, I think for me, I just kept telling myself, ‘you’ve done this before, you’ve been here before.'”

It seemed a remarkably unpresuming view for a player who had just come off a strong performance against South Korea and was obviously becoming a critical part of the senior squad as it began World Cup qualifying preparations. With Crystal Dunn out on maternity leave, all eyes were on Fox to see if she would make a viable alternative.

In the time since that October interview, Fox has made it clear that she is more than ready.

Since that discussion, her name has essentially been written in ink as the starting left back for the US national team. She helped the United States to victory in the 2022 Concacaf W Championship, which clinched the Americans berths in both the 2023 World Cup and the 2024 Olympic Games.

Prior to that October 2021 chat, Fox had earned just six caps since 2018. Since then, however, she has started all 13 appearances and she’s featured on a defense that has only let in three goals in 16 games, total, beginning with the pair of November 2021 friendlies against Australia. Many people now consider her a shoo-in for the upcoming World Cup squad and a likely starter.