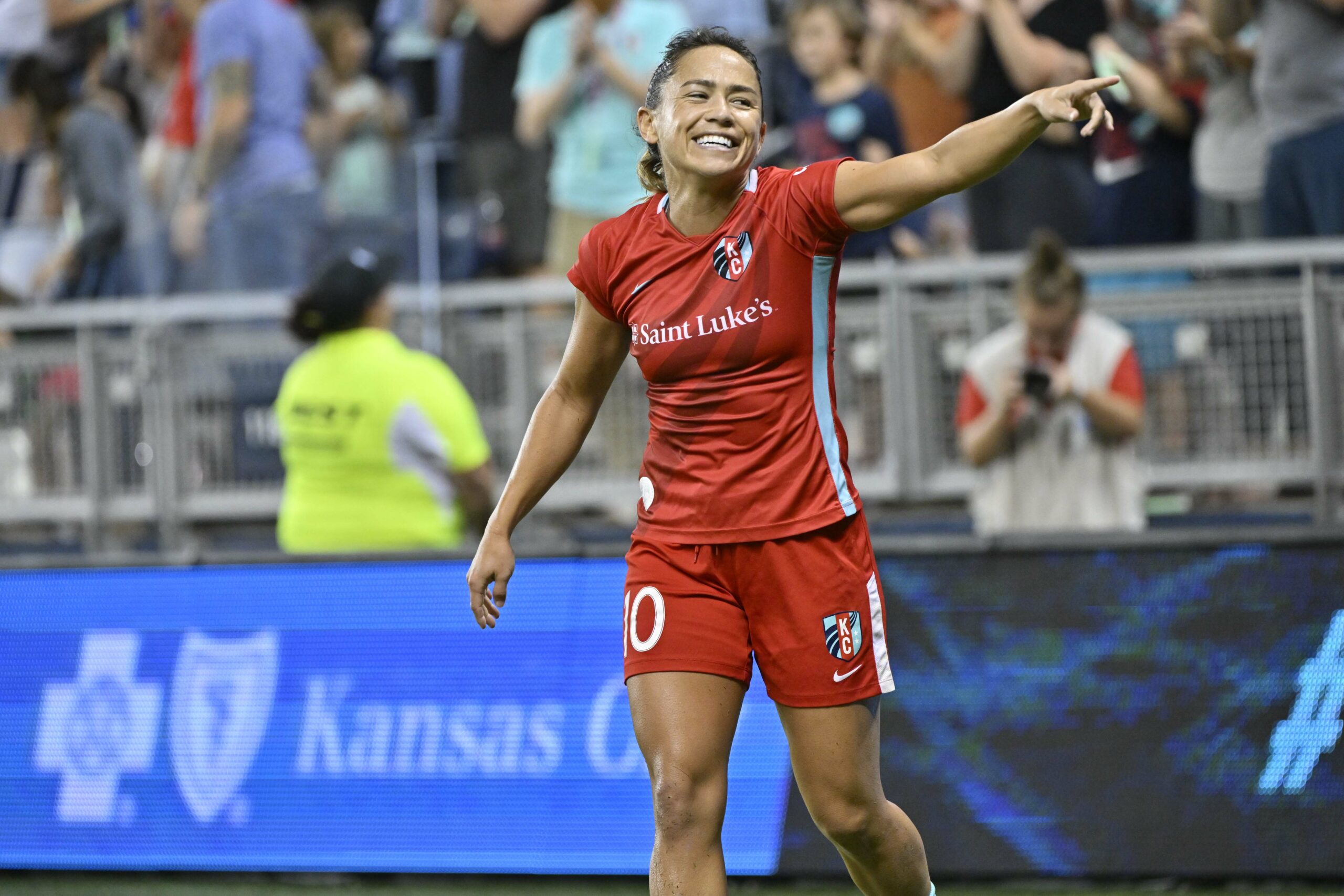 Lo’eau LaBonta has been in the National Women’s Soccer League since 2015, amassing over 100 career appearances.

No Kansas City Current player has more goals or assists than LaBonta this season (seven and four, respectively) as the team aims to go from worst to first year-over-year. The Current clinched a playoff spot on Sunday and could still win the Shield thanks to a 13-game unbeaten run throughout the summer. LaBonta is the team’s “engine,” as head coach Matt Potter said recently. That didn’t happen overnight — and it shouldn’t be surprising.

LaBonta was drafted out of Stanford University by Sky Blue FC (now NJ/NY Gotham FC) in 2015, but was waived later that season. She then joined FC Kansas City, the two-time defending champions at the time, in 2016. She was part of that Kansas City squad, which largely stayed in the middle of the standings, for two seasons. Then, FC Kansas City ceased operations and players were relocated to the new Utah Royals franchise. LaBonta followed, just as she did when the Royals folded in late 2020 and player rights were assigned to a new Kansas City franchise, now known as the Current.

Only two players now remain from the FC Kansas City days: LaBonta and captain Desiree Scott. Now, despite Kansas City finishing their inaugural season last in the NWSL standings with only three wins and 16 total points, LaBonta’s commitment to the Kansas City organization seems to be paying off in 2022. 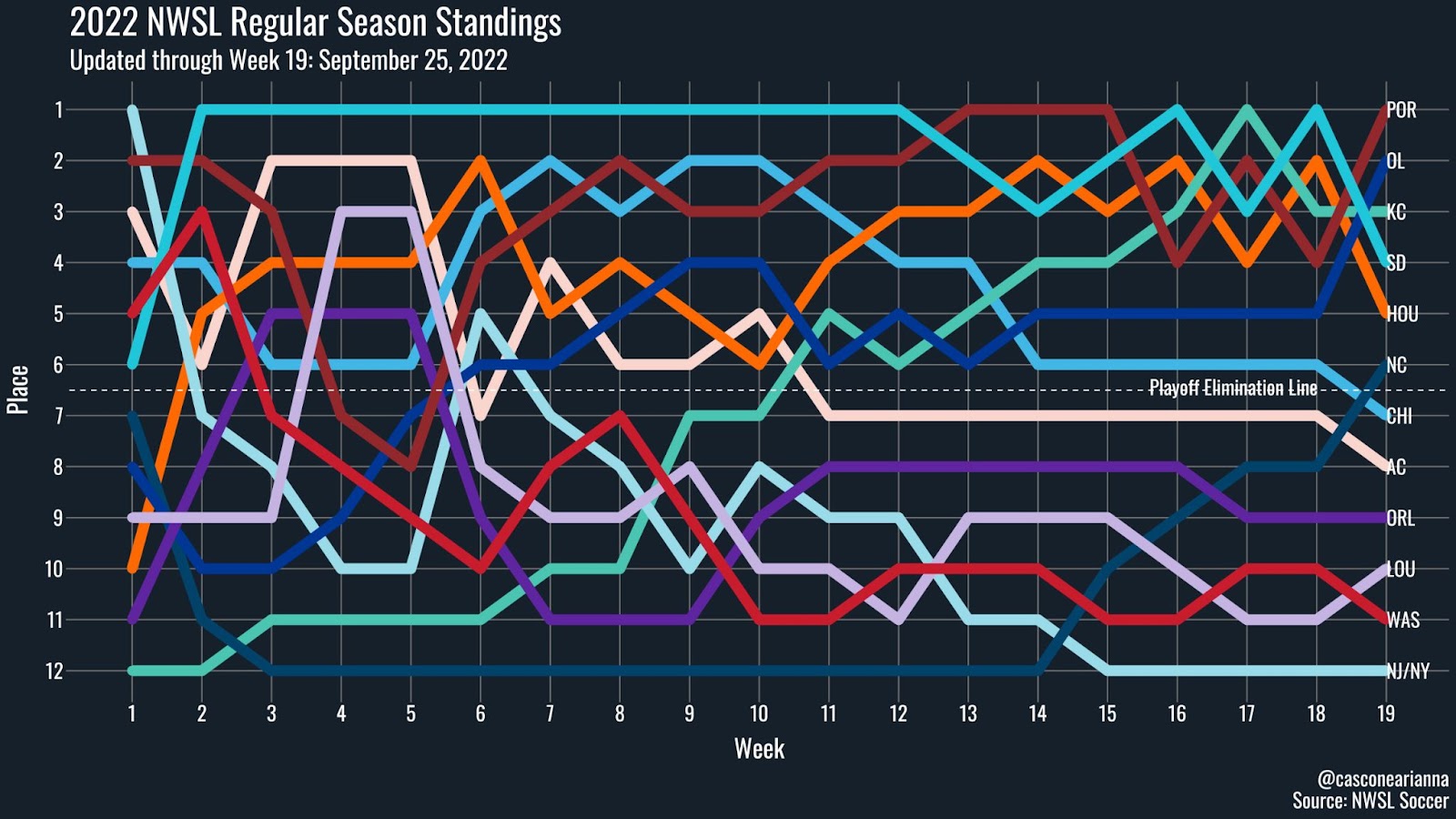 This is even more impressive when one remembers that no team LaBonta has played on has ever finished the season above fifth place in the NWSL standings. LaBonta has never even personally experienced a postseason run as a professional.

*There was no NWSL Regular Season in 2020 due to the COVID-19 pandemic.

After a slow start to the season, the Current went on a 13-game unbeaten run, and it propelled them to the top of the table. Much of the team’s success has to do with LaBonta’s 2022 form. She’s scored seven goals this season and contributed another four assists, which means she’s directly contributed to the most goals on the team. That is especially meaningful given the fine margins by which Kansas City operates. The Current only have a +1 goal difference, with 29 goals for being tied for sixth in the league.

All data considered, it should make sense that LaBonta is also recording the highest percentage of touches of non-defensive players on the Current (8%). Kansas City wants LaBonta on the ball because she makes things happen for them.

While one might call this LaBonta’s breakout season, it was actually a long-time coming. She has been quietly improving her game all along. 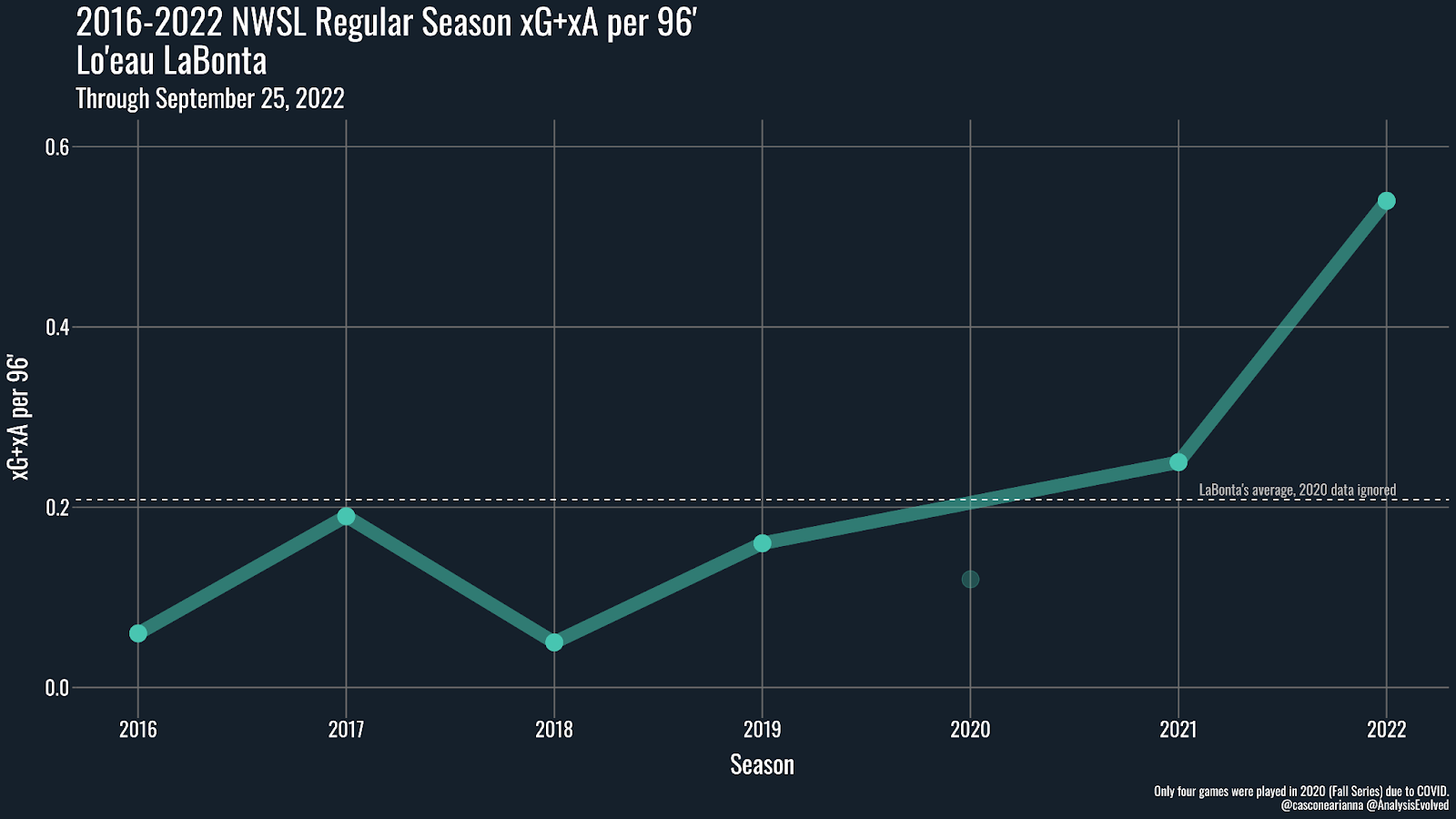 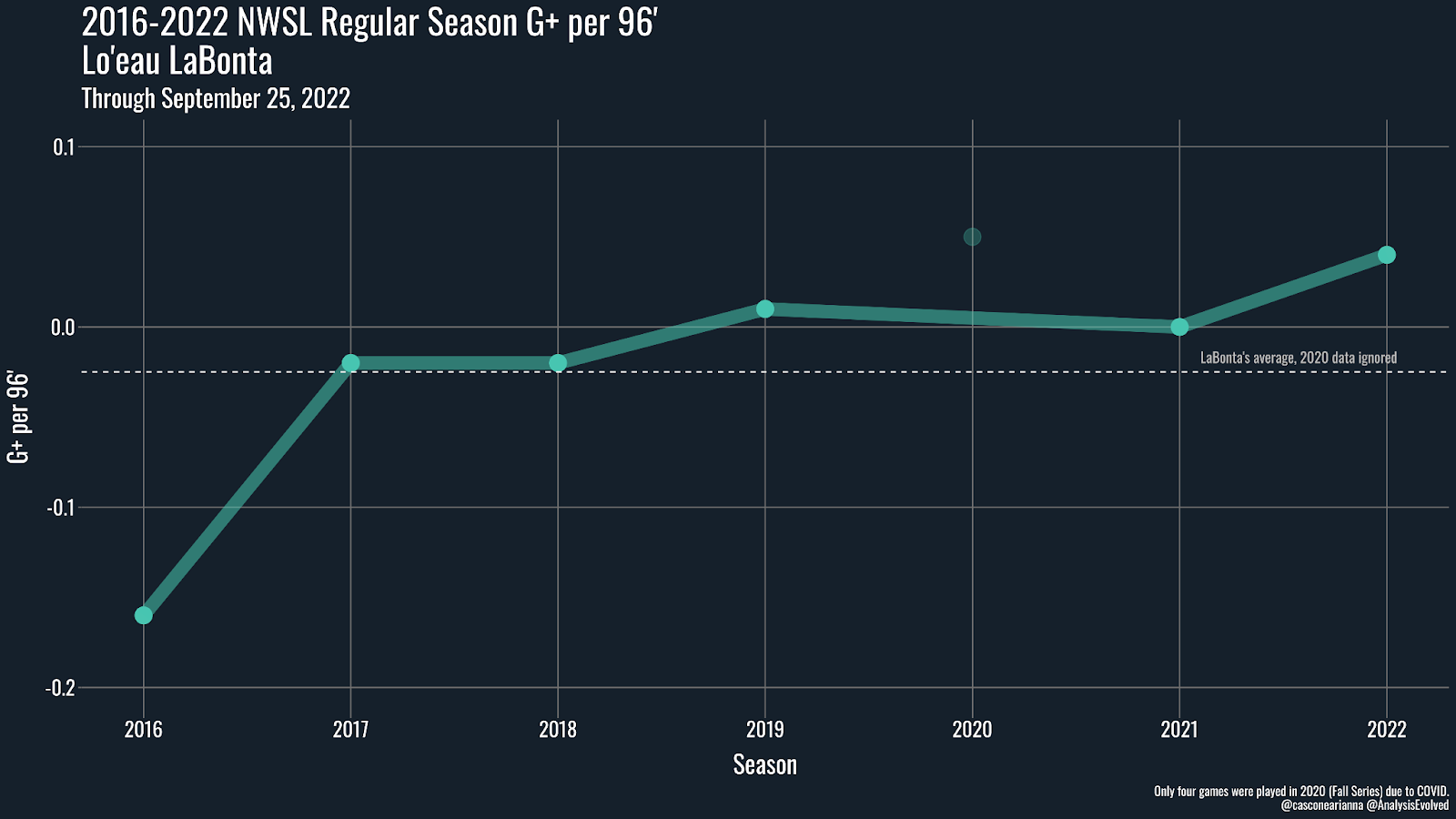 This is especially evident in the sum of her expected goals and assists per 96′ values ​​(left), which has been on the rise since 2018, and her goals added per 96′ values ​​(right), that have an upward trajectory over the course of her career. She’s also performing above her own averages on these metrics in 2022.

What’s more is that LaBonta has scored more goals this season (seven) than she scored in all previous seasons combined. Her raw expected goals, expected assists, and goals added values ​​are also at their peaks.

Granted, five of the goals LaBonta has scored this year have been off penalty kicks. While that inherently impacts her actual and expected numbers, it shouldn’t take away from LaBonta’s success this season. She’s capable of scoring goals in open play, and showcased that on Sunday against the Washington Spirit, when she scored the opening goal in the Current’s 3-0 victory over the reigning champs.

She’s undoubtedly the engine of this Kansas City team that keeps earning results (and, led by LaBonta, is having fun doing it). Potter has reiterated LaBonta’s importance throughout the course of the season. The Current are a better team with LaBonta on the pitch, and if they — and LaBonta — continue their upward trajectories, they might have a chance to secure the NWSL Championship.