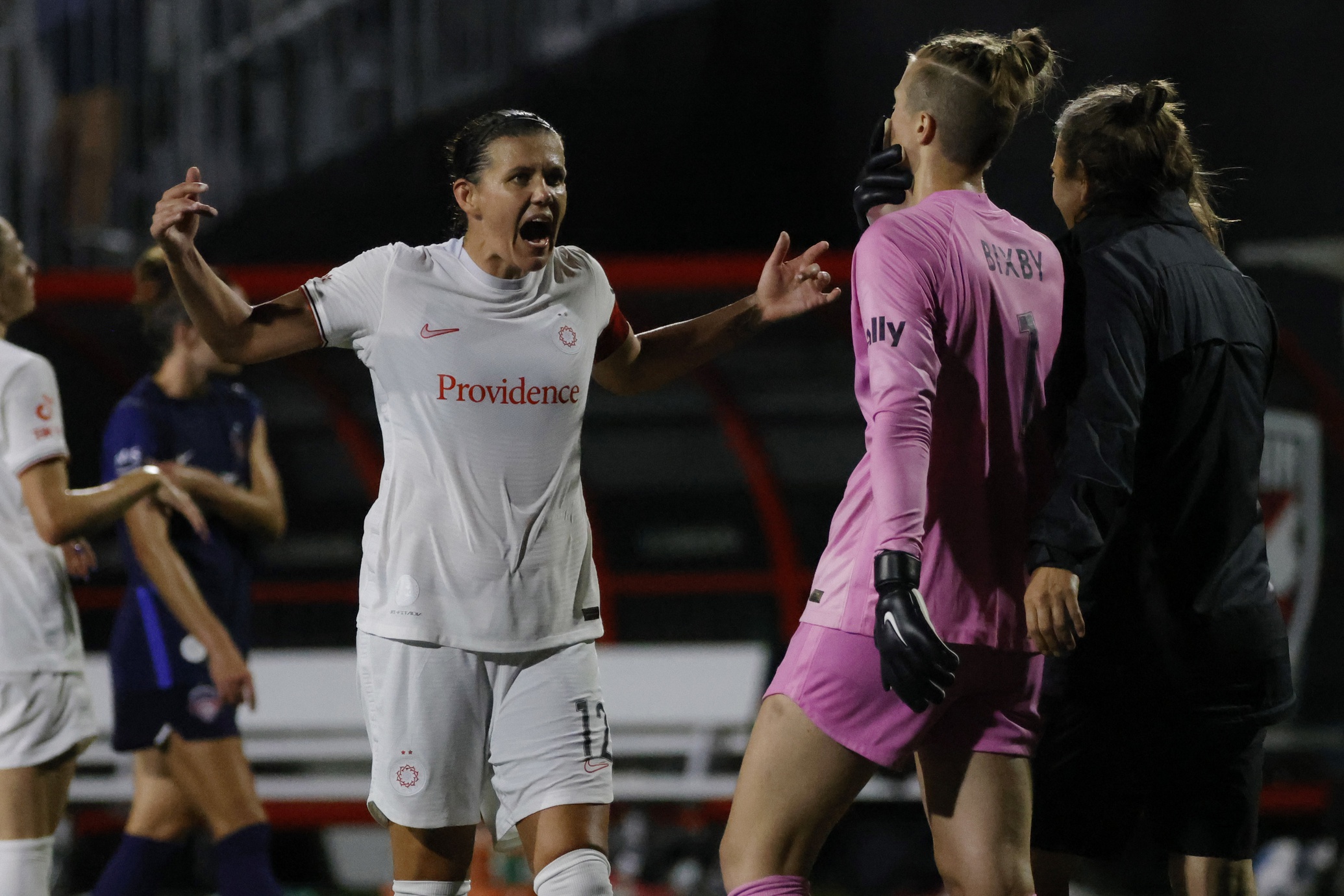 The first free-agency period in the history of the National Women’s Soccer League will begin with controversy.

Ahead of the beginning of the negotiating period for eligible free agents, which begins at 12:01 am ET on Friday, the NWSL and the NWSL Players Association announced separate lists of players eligible for free agency in 2023 and publicly acknowledged that they are headed for arbitration to settle a dispute over the eligibility of 22 players.

The NWSL and NWSLPA ratified a historic first collective bargaining agreement earlier this year that introduced a restricted form of free agency for the first time in the single-entity league’s decade of existence. The first round of free agency, ahead of the 2023 season, is eligible to players with expiring contracts who have played for at least six years in the NWSL cumulatively. Many contracts have one-year options added to them, however, and the parties disagree on what that means for free-agent eligibility.

“In my first four months as commissioner, we have worked closely with the NWSLPA to resolve disagreements where possible and have had many instances where we have found solutions,” NWSL commissioner Jessica Berman said. “However, we have always known that will not always be the outcome, particularly in a first-ever collective bargaining agreement between the parties, and that’s why labor agreements typically have neutral arbitrators to determine interpretation disputes. We look forward to the resolution of this open question in a respectful manner.”

Among those whose free-agency eligibility is in dispute is a quartet of players who have played in the league since its inaugural season in 2013: Lauren Barnes, Christine Sinclair, Jasmyne Spencer and McCall Zerboni.

“As someone who’s been in this league since day one, it is extremely disappointing that the league is trying to obstruct our right to free agency,” Spencer said. “Free agency was one of the most important issues that we fought for when negotiating the CBA. Players should have free autonomy over their own careers.

The NWSLPA cites Section 13.5 of the CBA for its argument, which states: “Commencing with the 2023 League Season, Free Agency is available for any Player whose SPA is expiring and who has at least six (6) NWSL Service Years.”

The PA contends that the contracts of the 22 players in dispute are expiring on Dec. 31, 2022 and that the options are no longer enforceable. The league’s argument is that option years — which are often team options — mean that those contracts are not technically expiring. Those players are not eligible “until and unless the option year(s) is not exercised by the club which will occur by no later than November 15, 2022,” the NWSL said in a press release.

“I have poured my body, sweat, tears and years into the NWSL for its survival and growth,” Zerboni said. “It means so much to me to create and maintain a stable and thriving league for everyone, especially for future generations to come. After 10 years of service, I want nothing in return except to just finally be free and have autonomy over my own rights as a woman.”

By 2024, the number of years of service required to be eligible for free agency reduces to three.

Below is the aggregated list of free agents, with asterisks next to the players whose status is contested by the league (and years of league service listed in parentheses). The league’s list includes Julie Ertz, who is considered inactive since she is not under contract. The PA did not list non-active players, of which there are a handful more.