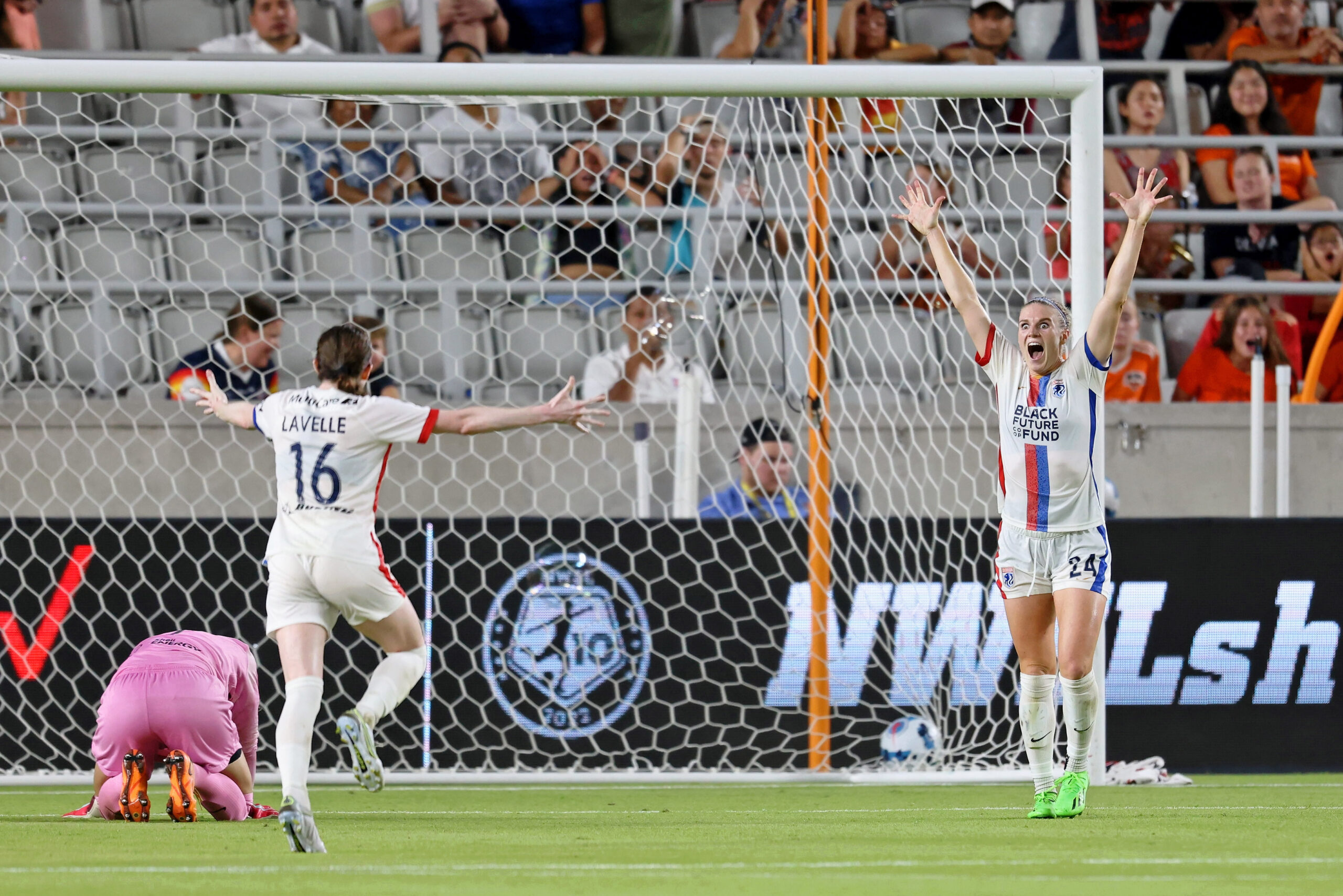 The Skinny: OL Reign clinched a playoff spot on Saturday night in Houston with a 2-nil win over the Dash.

One Key Moment: Although the visitors took an early lead, it was the Dash who came out of the half time break with the most enthusiasm. Sophie Schmidt forced a diving save out of Phallon Tullis-Joyce, while Maria Sanchez hit the crossbar with a free kick. But the Dash’s efforts to equalize were snuffed out with the Reign’s second goal. A nicely worked team effort saw the ball move from Jordyn Huitema to Rose Lavelle. Lavelle hit the post with a shot, but the rebound fell to Veronica Latsko for the finish.

Inside the Game: Saturday’s win not only clinched the playoffs for the Reign, but it extended their unbeaten run to six matches. The win comes at the tail end of a busy week for the club, who played three road games in eight days – and managed to grab all nine points.

The match became increasingly physical as the second half unfolded, with teams trading fouls and yellow cards throughout.

As for Houston, the absence of Ebony Salmon (who was out due to COVID protocols) was striking. Although they had a few good looks on goal, the clinical finishing that Dash fans have become accustomed to with Salmon in the lineup was missed. Despite the loss, Houston are still in playoff contention, sitting in fourth place with just one match to play.

The Skinny: Debinha continued her scoring ways with a hat trick on Saturday night to lead North Carolina to a shut out win over visiting Gotham.

One Key Moment: The Courage’s first goal was a thing of beauty. It all started with a perfectly weighted and curled through ball from Carson Pickett. Debinha timed her run perfectly, got the inside line on her defender, and was able to make rounding keeper Michelle Betos look easy. And her finish – from a tight angle no less – was superb.

Inside the Game: It really is a marvel to think back on the season and remember that the North Carolina Courage spent many months near the bottom of the standings. Their incredible run of form, including seven wins in their last ten matches, has landed them in sixth place and inside the playoff line – for now at least.

As has been said many times this season, Gotham just couldn’t get much going by way of an attack throughout the match, and were thoroughly outshot, with just three shots on goal compared to the Courage’s 14.