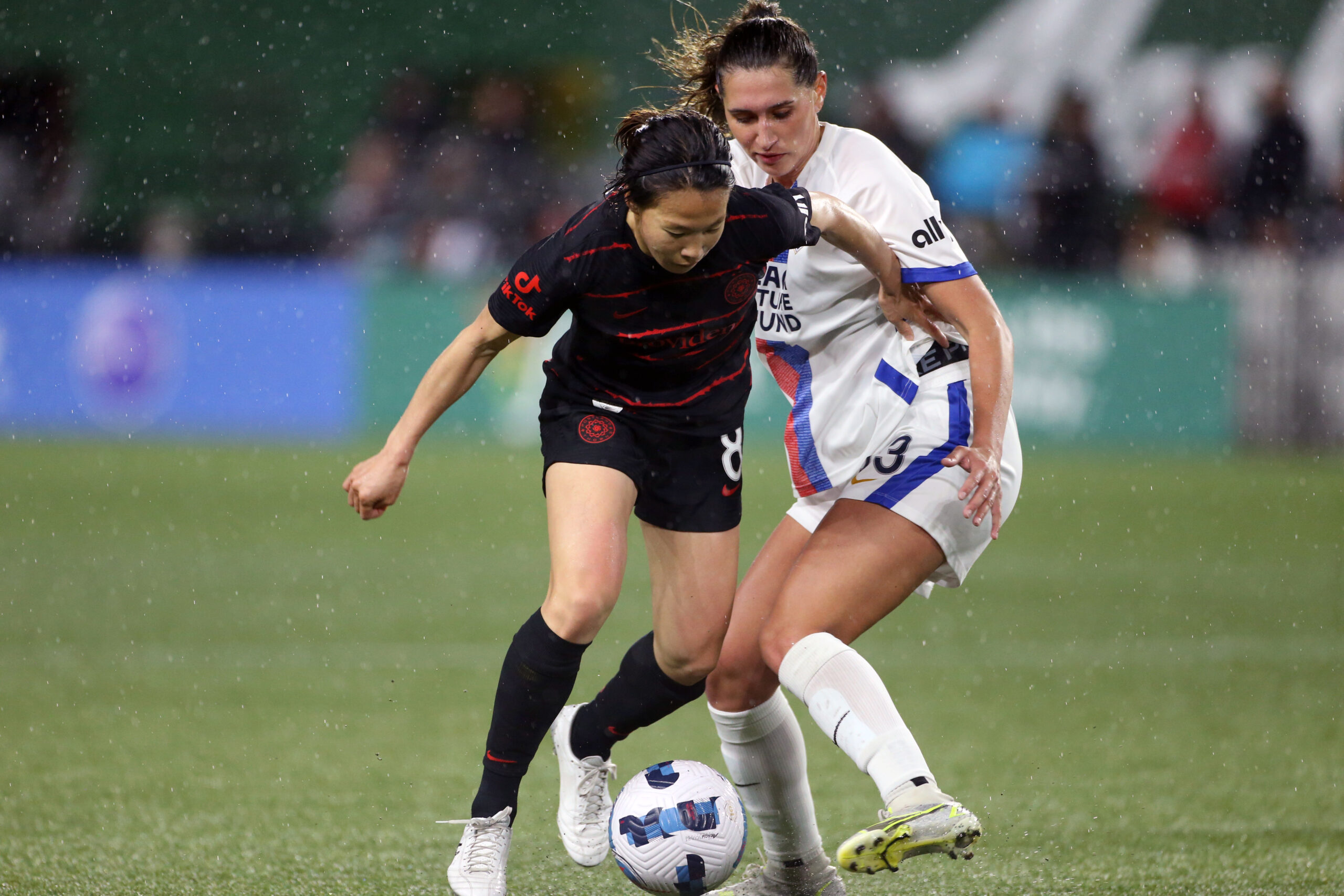 On Friday, the Portland Thorns took on OL Reign in the first Cascadia rivalry game of the regular season, and the only National Women’s Soccer League game of the day.

The Skinny: This was a hard fought tactical battle that featured some wonderful build-up play, but the goalkeepers and posts played a significant role in keeping the score level.

One Key Moment: The one that got away for Portland came in the 63rd minute, when Morgan Weaver put the ball in the back of the net but was correctly called back for offside. This was good refereeing but if Weaver holds her run, Portland likely could’ve had winning goal.

Inside the Game: This match didn’t feature the same spice usually present in Thorns-Reign games, but both teams took advantage of their tactical superiorities. The Thorns, back in their 3-5-2 formation, used their greater numbers in midfield to win balls back and find the speed of Weaver and Sophia Smith in behind, while the Reign continued to use their high press, led by Bethany Balcer, to force turnovers high up the field. Both teams featured some beautiful passing but could not produce goals because of lack of finishing or great goalkeeping. A great example of this is the first-half chance for Smith that was well saved by Phallon Tullis-Joyce. Bella Bixby then saved Bethany Balcer’s shot in the second half.

It was a frantic game but both teams held strong. Statistically, the teams were quite evenly matched, with Reign edging possession and Portland creating slightly better goal-scoring chances. Some exciting news for OL Reign fans is that Megan Rapinoe played her first significant minutes of the year, coming on in the 67th minute. If she can get fully healthy, she can be a game-changer for them.