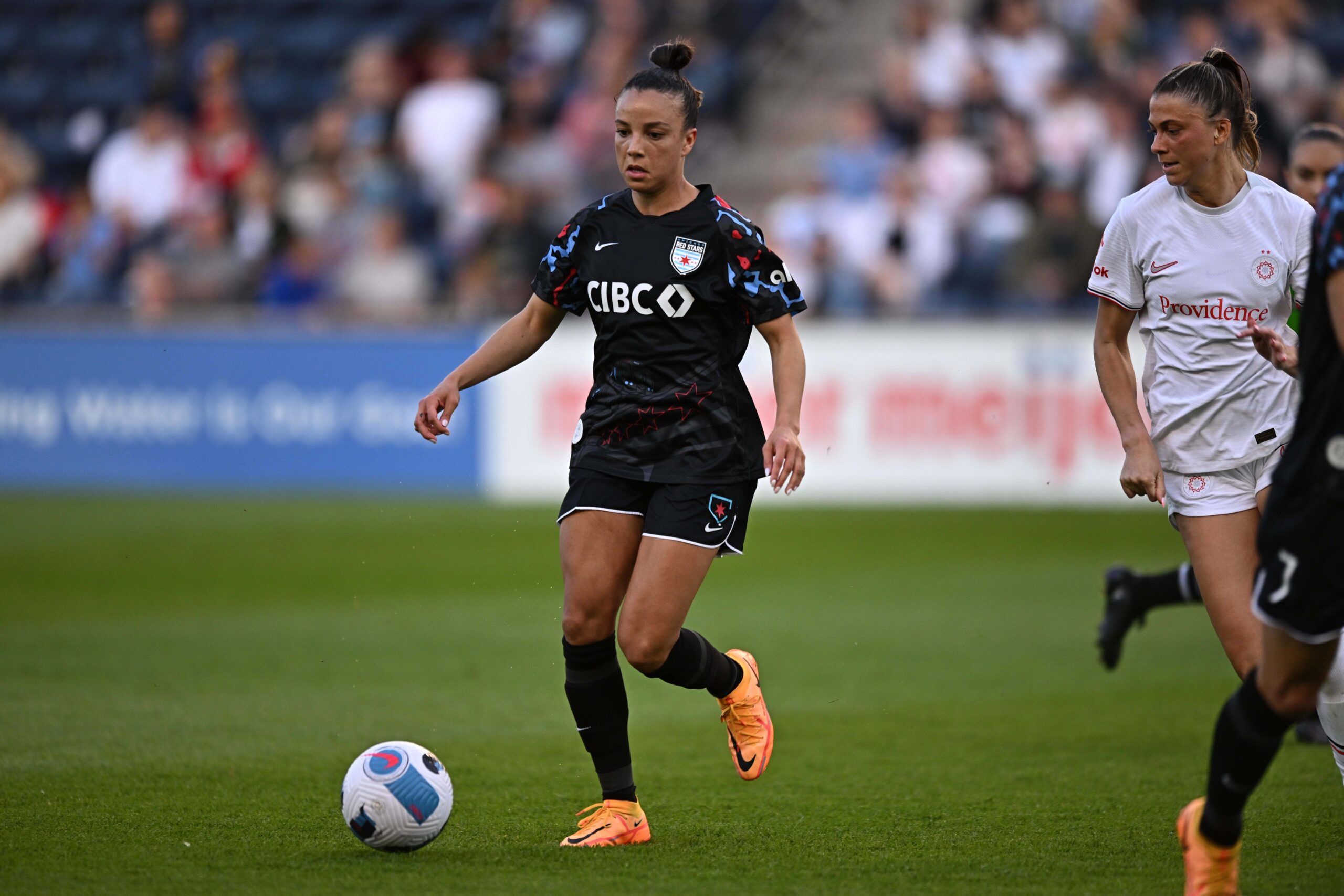 The National Women’s Soccer League’s only match on Saturday was a rematch of the 2021 semifinal. This time, the Chicago Red Stars and Portland Thorns split the points in a 2-2 draw.

The Skinny: Mallory Pugh scored five minutes into the match to put the Red Stars ahead, but Hina Sugita answered two minutes later for Portland. Rachel Hill then put Chicago in front again, but Sophia Smith’s goal two minutes into the second half secured a point for the Thorns as they begin a stretch of five games out of seven on the road after opening the season with four straight at home. Both of Portland’s goals on Saturday came off corner kicks that the Red Stars allowed to drop in the box.

One Key Moment: Both Chicago goals were impressive, but the game-changing moment was Smith’s goal. Chicago looked like the team with better ideas throughout most of the match, but conceding a second goal on another corner kick – and right after halftime – was a backbreaker that ultimately led to the Thorns’ point on the road.

Inside the Game: The three-back is in vogue in the NWSL, and the Chicago-Portland matchup offered a look at two different versions of it, each with their own potential flaws. The Thorns, who were without Emily Menges again and continue to play Becky Sauerbrunn as the left-side center back, struggled defensively from the run of play, particularly in 1-v-1 situations. To be fair, that will happen with Mallory Pugh running at you; Pugh now has seven goals in seven games this year in all competitions after roasting Kelli Hubly on Saturday.

Janine Beckie started as the right wingback in Portland’s 3-5-2 on Saturday and, intriguingly, that meant Natalia Kuikka was on the left side. Beckie was caught on the blind side for the final ball that led to the Red Stars’ second goal, a beautiful through ball to Hill after a sensational turn from Ava Cook. Meaghan Nally stepped high to challenge Cook, who had her back to goal, and the Thorns were caught out of shape after conceding possession directly off their own goal kick (which Bella Bixby sent long because Chicago’s press offered no options). Hill, who played as the left wingback, got the better of Beckie for her first goal since last year’s NWSL Championship.

Chicago’s encouraging offensive production was canceled out by a pair of mental lapses on corner kicks. Each of Portland’s goals was a product of Sam Coffey delivering a corner toward the back post and the Red Stars allowing the ball to drop. In the 7th minute, it was Sugita completely unmarked at the back post. In the 47th minute, Smith found space about six yards from goal. And whereas the Thorns had some trouble in 1-v-1 battles against Pugh, Chicago – playing in a 3-4-2-1 – was excellent in containing Smith and Morgan Weaver from open play. Red Stars defender Tatumn Milazzo more than held her own against Smith, winning a pair of first-half duels around the 18-yard box and only going to ground too early on one occasion, in the second half.

The Thorns were slow to move the ball in possession and made it relatively easy for Chicago to defend from open play. Portland did not get the usual level of production expected from the wide channels, something which was at least partly a product of facing another side with wingbacks who required attention defensively. Chicago will be disappointed with the result based on the run of play, but the Red Stars look like a team with a lot of promise, and that has not been the vibe for the past few years at this point in the spring. Despite Chicago winning that 2021 semifinal in Portland, the Red Stars were overmatched and largely outplayed by the Thorns on that day. How much better does Chicago look now?