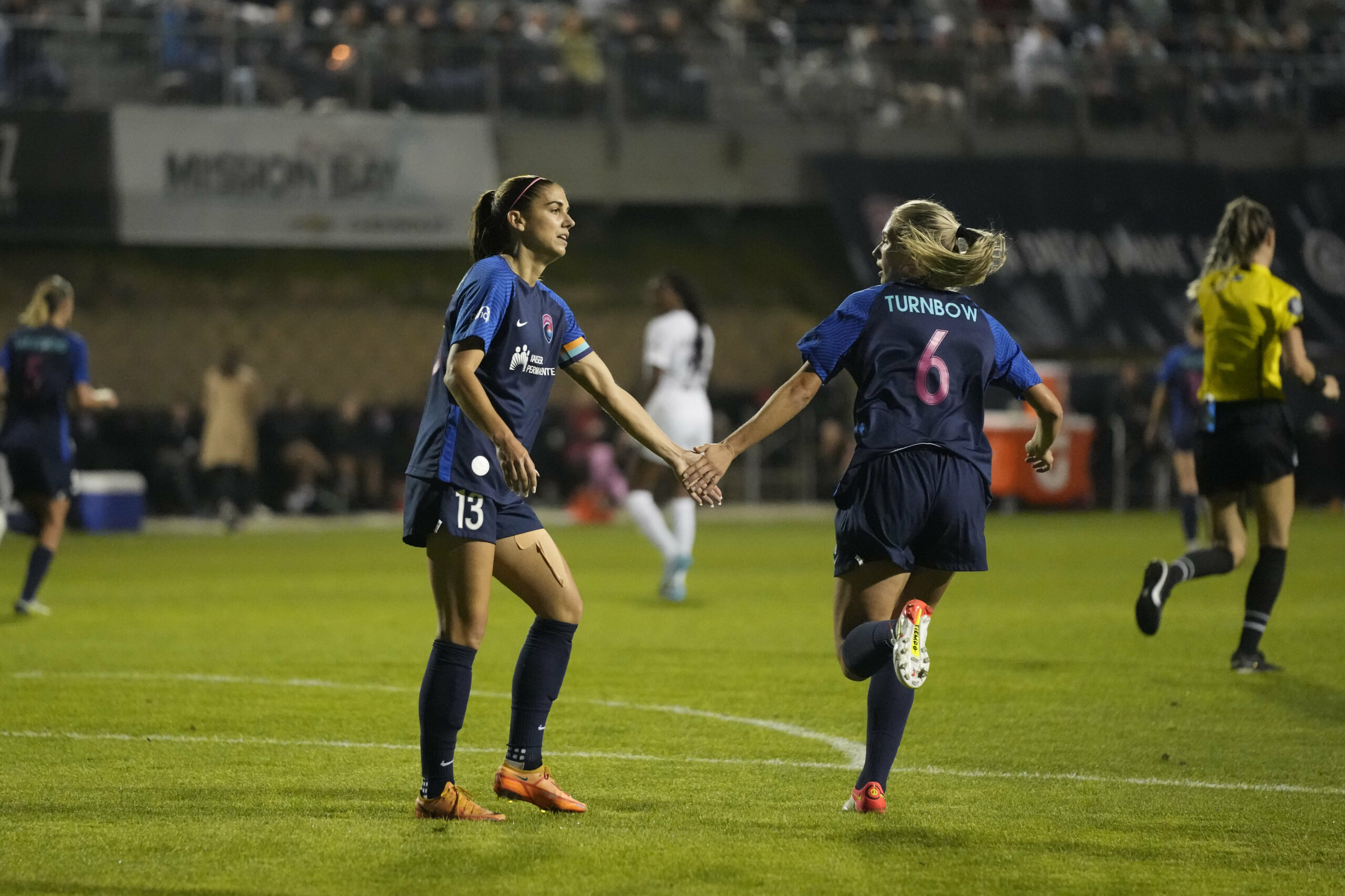 After Saturday’s other two Women’s Women’s Soccer League matches were rescheduled due to the Challenge Cup Final, just the one regular-season game was played.

The Skinny: San Diego created numerous chances in their regular-season home opener, and despite missing several, they still managed to dominate the visiting Gotham FC.

One Key Moment: The third goal for Alex Morgan and San Diego is the most crucial of the match for a couple of reasons. Firstly, it completed the first hattrick of 2022 after there was none in 2021. But more importantly, this goal came from open play. San Diego created a ton of chances, but to continue to compete in this league, they need to finish their chances.

Inside the Game: Gotham made an early push in this game, but after that spurt, the first half was all San Diego. The Wave effectively shut down the crucial midfield play of Kristie Mewis and McCall Zerboni. During those first 45, the home side held 57% of possession and created 17 shots. Given the chances they created, they should have had at least a couple of goals. Every single one of those shots was taken inside the box, 8 of them were blocked, so the lack of score was a combination of Wave lacking finishing ability and Gotham making good last-ditch defensive plays. A moment of concern for San Diego occurred when Abby Dahlkemper had to leave the match just over 30 minutes in, they brought the stretcher out but she was able to walk off gingerly under her own power. The penalty kick awarded in first-half stoppage time, and converted by Morgan, gave the Wave the deserved lead.

In the second half, San Diego kept their shape well, effectively keeping Gotham pinned in. They also used Kailen Sheridan as another center back, setting play from the back with the rest of their numbers high up the pitch, creating a numerical advantage in the attack. Those attackers engaged a high press on Gotham, preventing them from playing out of the back and forcing turnovers. The injection of Amirah Ali, who has been brilliant off the bench, earned yet another PK that was again converted by Morgan.

This pressure continued to cause problems for Gotham and not long after the second goal, Morgan found her third of the night but the first in open play. In the dying moments, Morgan scored her fourth and final goal, another in open play, after picking off a short backpass. This goal made the USWNT veteran just the third player in NWSL history to score four goals in one game.

The Wave finished the game off with a clean sheet, becoming the first team to earn two clean sheets in their first two regular-season matches as an expansion club.