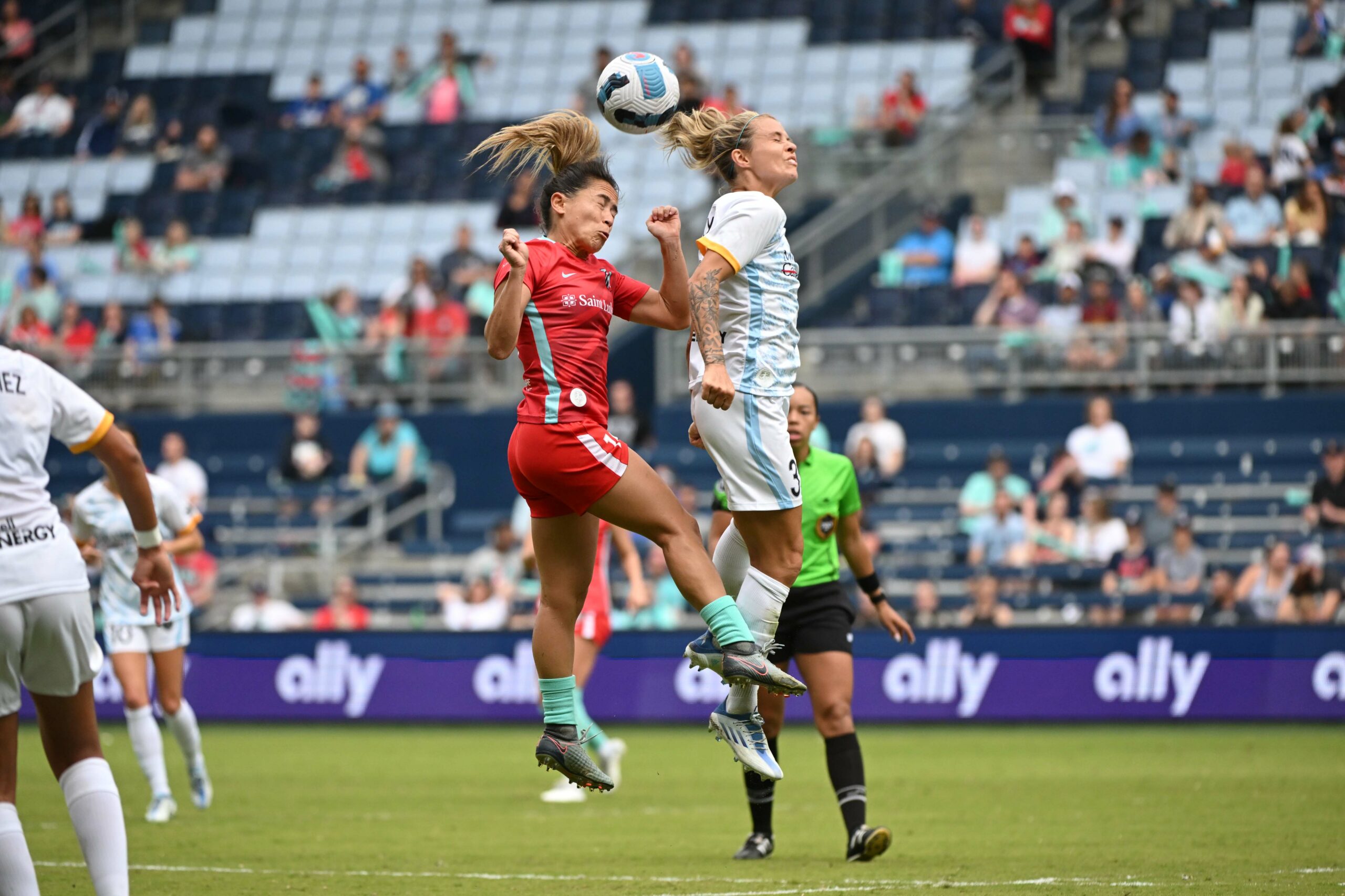 The National Women’s Soccer League regular season action continued on Sunday with three matches. Catch up on the highlights and insight from each below.

The Skinny: The Houston Dash won a dubious penalty on Sunday to get the go-ahead goal against a Kansas City Current side that couldn’t convert their chances.

One Key Moment: Before we get to the soft penalty, Dash keeper Jane Campbell deserves some kudos for keeping her side on top in the match, as she made not one but two outstanding saves late to keep the clean sheet. The first was a reactionary kick-save to deny Kristen Hamilton (the highlight below), and an equally jaw dropping diving save on a rocket by Lo’eau LaBonta followed.

Inside the Game: Now to the penalty. In the 39th minute, Current defender Elizabeth Ball appeared to make contact – albeit minimal contact – with Dash forward Michaela Abam. Abam’s reaction didn’t seem to fit the severity of the contact, but the referee blew the whistle and pointed to the spot. Captain Rachel Daly calmly slotted the ball in, sending Adrianna Franch in the wrong direction.

We’re not asking referees to be perfect. That’s never going to happen, and that can’t be the standard that’s expected. But in the context of yesterday’s Challenge Cup mishaps (in other words, several serious challenges that should have been called as fouls, not to mention penalties, but were missed) this penalty call seems even more egregious. Consistency is needed across the league. Why are blatant fouls continuously missed, while softer ones like this are called?

After the halftime break, the Current applied pressure to the Dash, and had numerous chances on goal, but the Dash – and Campbell – did not break. Instead, Bri Visalli got in behind the Current defense in the last minute of stoppage time and was able to beat Franch for the insurance goal.

The Skinny: The Orlando Pride hit the road and shocked Angel City FC with a 1-0 victory, courtesy of a Sydney Leroux game-winning goal.

One Key Moment: Leroux’s goal was the game-winner, so that gets the nod. Leroux was at the right place at the right time, finding herself wide open to tap in a Gunny Jónsdóttir cross past Angel City goalkeeper DiDi Haračić. It was poor defending from Angel City leaving a lethal attacker like Leroux open, but it was even more questionable goalkeeping form Haračić, who decided to dive for a cross. Leroux scored one day after her 32nd birthday and on Mother’s Day.

Inside the Game: Orlando had a lackluster Challenge Cup and head into the 2022 NWSL regular season with a lot of unknowns. Orlando getting their first win in Week 1 of the regular season certainly comes at a surprise to fans, but it might even come as a surprise to the Pride. There have been so many injuries already for Orlando – losing Marta long-term certainly did not help their case. The Pride have a roster that had one of the largest turnovers of the recent offseason.

Meanwhile, for Angel City, it almost feels like one step forward, two steps backwards. Angel City ruined the Challenge Cup for Portland, taking points on the road to prevent the Thorns from making it to the knockout round. Then, Angel City stunned the North Carolina Courage – who captured the Challenge Cup title on Saturday against the Washington Spirit. Now, against an opponent with a million question marks, and at home, the Los Angeles club dropped points.

It’s early in the season, so it wouldn’t make sense to do a huge deep dive into this result. But, at least for Orlando, it’s a big game that will boost the Pride’s confidence.

The Skinny: Racing Louisville managed to get a point out of the trip to Seattle. Despite the majority of play being in OL Reign’s favor, a controversial own goal to tie it up means the points are shared.

One Key Moment: The goal that won Louisville a point was an own goal off of Bethany Balcer, but it also looked like she might have managed to clear it before it fully crossed the line. The angles of the broadcast made it difficult to tell so we can’t say for sure and it stands as the equalizer.

Inside the Game: Racing Louisville started the game well, forcing turnovers high up the pitch and getting shots off. A well-coordinated press paid off in the 23rd minute when Savannah DeMelo won the ball in midfield, found Cece Kizer, who then found Jess McDonald in the box. The finish from McDonald was smart as she went for the perfect placement.

After that goal OL Reign controlled a lot and got into the game they wanted to play, passing around to move the defense out of possession as well as engaging their own high press. This worked out twice for Tziarra King, as she scored her first professional brace in just four minutes. The first goal was similar to Racing’s in that the ball was won high in midfield and it only touched three players on the way to the back of the net. The perfectly placed pass from Angelina deserves a lot of credit as well.

King’s second goal was a put back of an initially saved shot, but the buildup leading to the initial shot is the passing game the Reign want to play. Sofia Huerta’s cross in particular was fantastic, the accuracy made it incredibly difficult to defend and numbers were there to finish it off.

The tying goal came in the second half, and while Reign may feel hard done by it, they had several chances after and before it to cement a win but were unable. The quality of their chances were on average higher than Louisville’s, but the inability to finish came back to bite them.