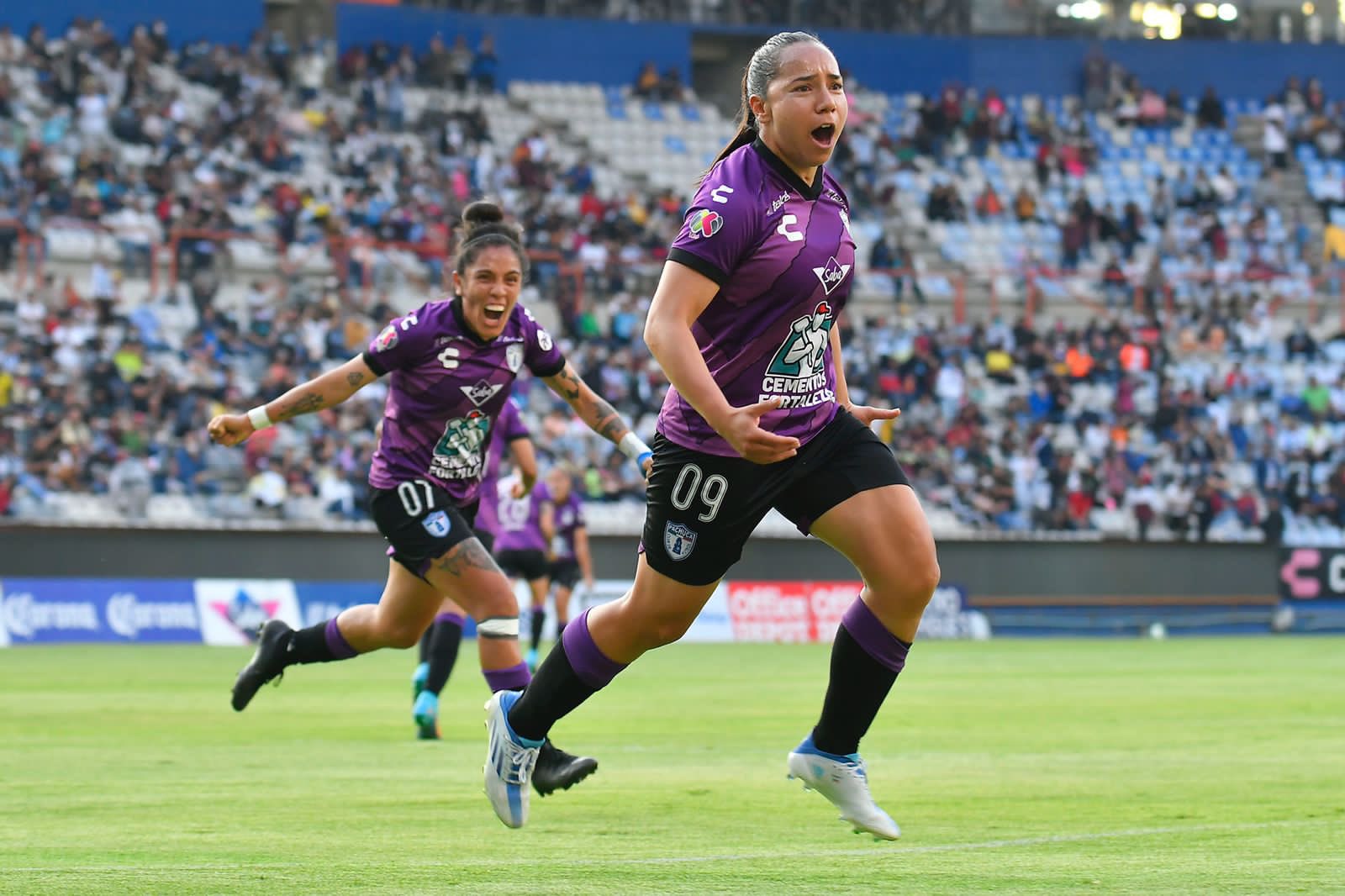 The quarterfinals for the Liga MX Femenil Clausura Liguilla have wrapped up – and they certainly did not disappoint. The Liguilla kicked off with Club América being upset by Pachuca, while Tigres dominated Atlas. CF Monterrey and Chivas de Guadalajara advanced to the semifinals as well, with more tight competitions.

Let’s break down the quarterfinals and preview the upcoming semifinals:

Pachuca shocked Club América with the lone upset of the Liguilla quarterfinal stage. No. 5-seed Pachuca hosted América first, and then defeated No. 4 America on the road, both games with the same 2-1 scoreline. Charlyn Corral scored a goal in both games, adding to her already stellar season for Tuzos. Lizbeth Ángeles added the second goal in Leg 1, while an own goal from Janelly Farias gave Pachuca a boost in Leg 2.

Pachuca’s main task – especially in Leg 2 – was to eliminate the attacking threat of Katty Martinez. While Martinez scored off a penalty kick in Leg 1, they held her to no goals in the run of play through 180 minutes. Daniela Espinosa scored América’s lone goal in Leg 2.

After Leg 2 ended, Club América sent out sporting director Claudia Carrion to announce that head coach Craig Harrington had been fired due to “performance results.” Harrington did not come out and speak during the postgame press conference.

Harrington is a familiar face – albeit, an infamous face – in women’s soccer, being a longtime assistant coach at the Chicago Red Stars before being named head coach of the Utah Royals in 2020. He was fired for inappropriate behavior and language, and hired by America in 2021. During this Clausura campaign, Harrington was suspended for verbally abusive language in America’s Week 3 match against CF Monterrey.

Pachuca will take on reigning Apertura champions Monterrey in the semifinals.

Talk about dominance. Tigres Femenil put up seven goals against Atlas, on the road, in Leg 1. In Leg 2, at Estadio Universitario, Tigres was held to one goal and gave up one goal to Atlas. However, Atlas had too much of a mountain to climb after being stomped on in Leg 1.

Lizbeth Ovalle and Stephany Mayor scored braces in the Leg 1 victory, while Mia Fishel, Uchenna Kanu and Nayeli Rangel added tallies of their own. The highlight-worthy goal goes to Ovalle for her second tally, hitting a volley – while being left wide open by the Atlas defense – in net.

Tigres was without Bianca Sierra in the first match, but she returned to Leg 2 after serving a one-game suspension.

Fishel was the Player of the Match for Tigres in their Leg 2 victory, scoring two goals in the first half. Fishel’s first goal came off a corner kick, where she used her torso to put the ball in goal. Meanwhile, on her 41st minute goal, Fishel shot past three defenders and Atlas goalkeeper Itzel Velasco to take the lead.

Tigres will take the nine-goal (aggregate), confidence-boosting quarterfinal victories and face Chivas in the semifinals.

Give credit to Pumas for putting up a strong fight against Chivas. The No. 7 team squeaked into the playoffs and turned some heads with a 2-2 draw against Chivas to open up Leg 1. However, Pumas gave up a two-goal lead on the road to get eliminated while Chivas celebrated.

Aerial Chavarin had a playoffs she shouldn’t forget for a long time, scoring both goals in Leg 1 and adding to Pumas’ lead in the second leg. In Leg 1, Chavarin’s second goal showed her hustle, out-powering Chivas defender Diana Rodríguez and chipping goalkeeper Blanca Félix, even sprinting toward net in a race with Félix in case the ball didn’t skip over the line.

Leg 2 was a doozy for Pumas, though. Liliana Rodríguez scored only three minutes into the match, with Chavarin adding to the lead in the 33rd minute. However, Chivas pulled one back in the 40th minute, courtesy of Michelle González ‘header off a corner kick. Caro Jaramillio equalized in the second half with a header, assisted by Joseline Montoya.

Pumas crumbled in the last few minutes, giving up a penalty with a foul in the box. Alicia Cervantes, the Clausura golden boot winner, stepped up to the spot and calmly put her penalty past Melany Villeda for the game-winning goal. Also coming up big for Chivas was goalkeeper Felix, with a big stretch to prevent a Edna Santamaria header from going in net during the second half stoppage time.

Week 12 was the last time these two met, with Club Tijuana giving Monterrey their first loss of the season after going on an 11-game winning streak. Paired up in the semifinals, Tijuana felt a spark after holding Monterrey to only one goal from Aylin Aviléz in the first leg.

In the second leg, though, Club Tijuana couldn’t find anything in the attacking half. In fact, their only goal in the quarterfinals came from an own goal from Costa Rican international Valeria Del Campo.

On the other hand, Monterrey scored twice in the first half to lift themselves over Xolos, earning revenge for that Week 12 defeat. Christina Burkenroad scored in the 24th minute off a header inside the box, essentially leaving herself unmarked as defender Yadira Toraya stood behind the 5’10 Burkenroad. In the 42nd minute, Rebeca Bernal added to the Rayadas lead with a header to the far side of the net.

* All Times in Eastern Time.

**Reminder! There are two legs in the Liga MX Femenil Liguilla!