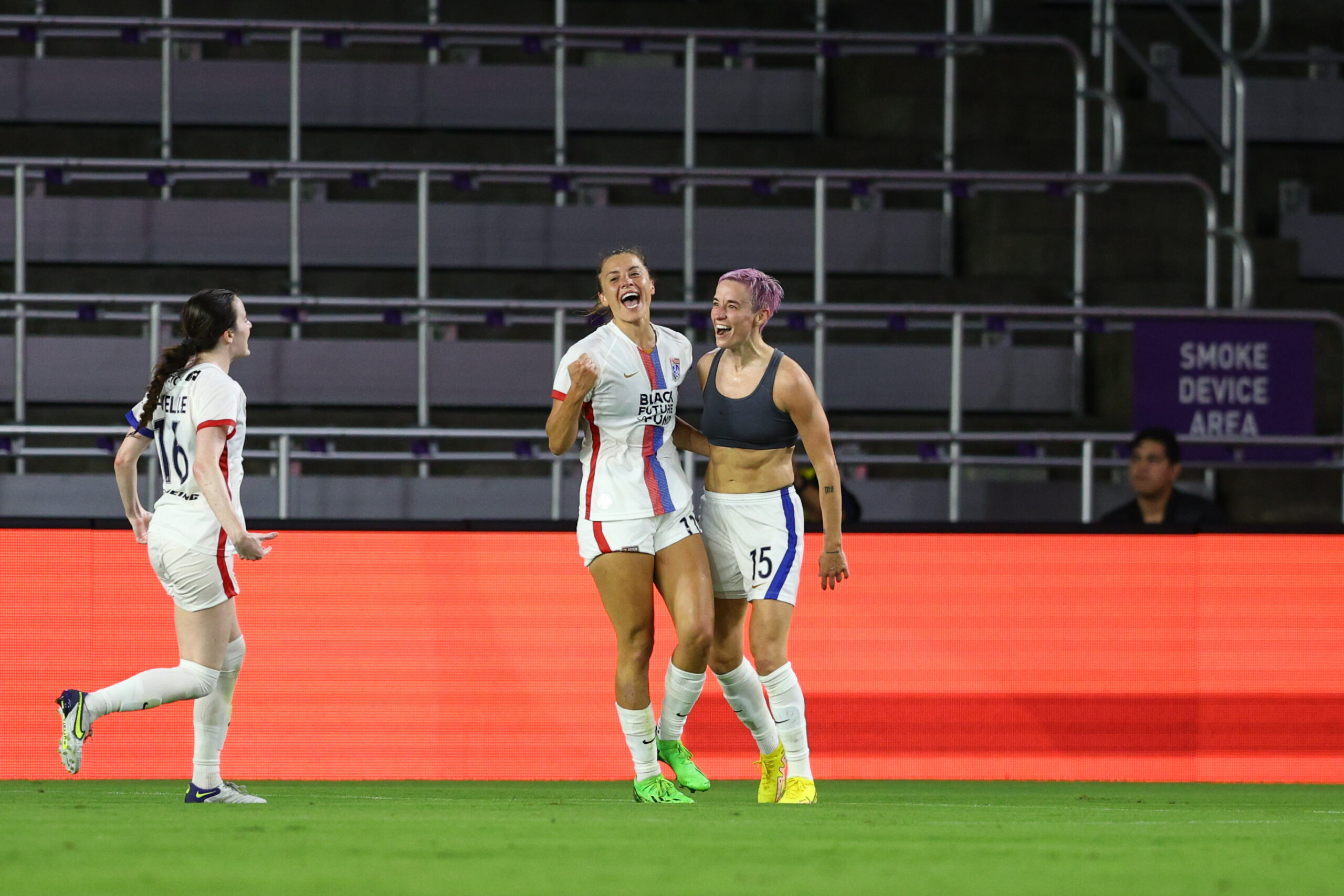 Just one match was played in the National Women’s Soccer League on Friday night in Orlando.

The Skinny: After a 30-minute weather delay this match got off to a slow start but OL Reign were the better side the whole way and eventually came back to take home all three points after conceding first. Reign were once again lifted by an outstanding performance from USWNT veteran Megan Rapinoe who has been playing on another level since returning from international duty.

One Key Moment: A game-winning goal in stoppage time is always impressive but this one especially so looking at the service from Sofia Huerta and finish from Rapinoe. After a frustrating first half, and even some of the second, you could see from Rapinoe’s celebrations what the goal meant to her and the team. They are looking to win a championship and these are the kind of performances they need to do that.

Inside the Game: OL Reign came out to start this match on top, successfully deploying their usual high pressure and finding multiple opportunities but unable to make it count on the scoresheet. Meanwhile, entirely against the run of play, Orlando would take the lead near halftime thanks to a deflected shot from Maggie Dougherty-Howard. It was their first and only shot of the first half but they made it count. It was a cheap mistake from Sam Hiatt to give the ball away playing out of the back straight into the middle, clinical from Orlando nonetheless.

The visitors started the second half like they did the first, in control and creating chances. It didn’t take them too long to find the equalizer but it was a thing of beauty that you just need to watch and appreciate. From the touch to evade the defender to set up the cross to the assist itself and the finish from Bethany Balcer.

Despite creating numerous chances it looked like this match might just end in a draw and that Reign’s lack of finishing would come back to bite them yet again, but Rapinoe, playing out of her mind lately, found the winner in extra time to move them into fourth place.